Spring is springing, on and off - actually for the last few days it's been very much off, we had frost, snow,  and hail yesterday.  In the short interlude when spring was definitely springing there was much activity in the hedgerows hereabouts. 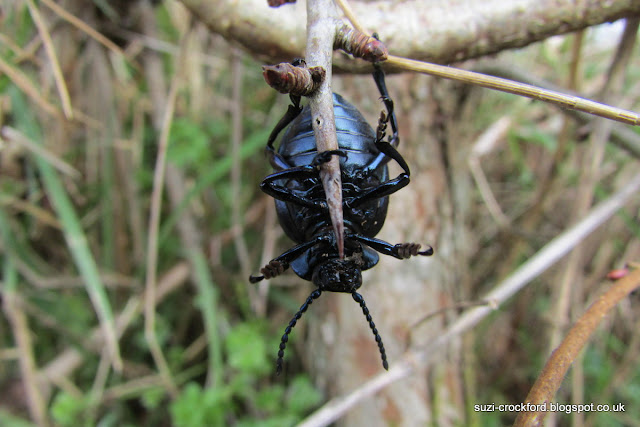 Some have simply being practising their gymnastics, others engaging in activities more typically associated with spring.... and there were SO MANY OF THEM! Literally everywhere you looked in the hedges hereabouts there were Bloody Nosed Beatles making merry. 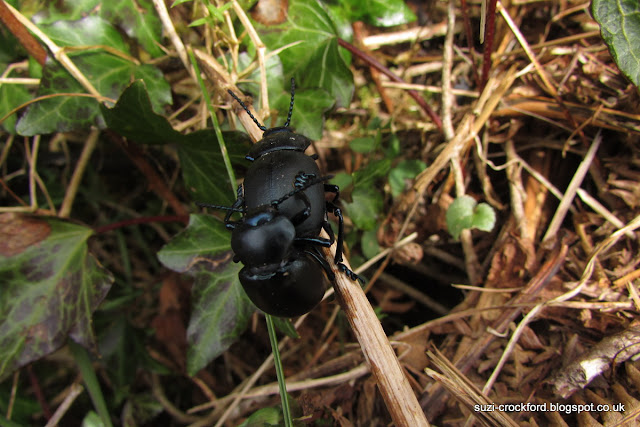 They are called 'Bloody Nosed Beetles' because if they feel themselves to be in danger they exude droplets of what looks like blood in order to deter predators. The hemolymph is apparently bitter tasting (I wonder which scientist tried it!) and is a deterrent to birds who like their pray live, as it makes the beetle look as if it's been squashed. 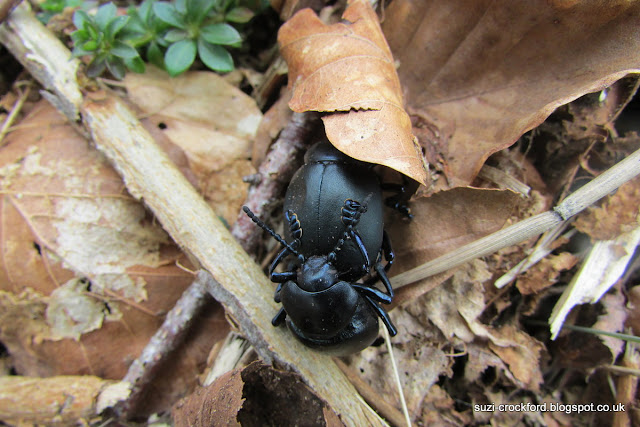 These beetles are flightless so you can often see them walking across the lanes or in the grass in fields. I've never seen so many on one day before, but I suspect that's because I haven't been paying attention. Having seen beetle sex in one hedge on one morning I'm now seeing it everywhere! 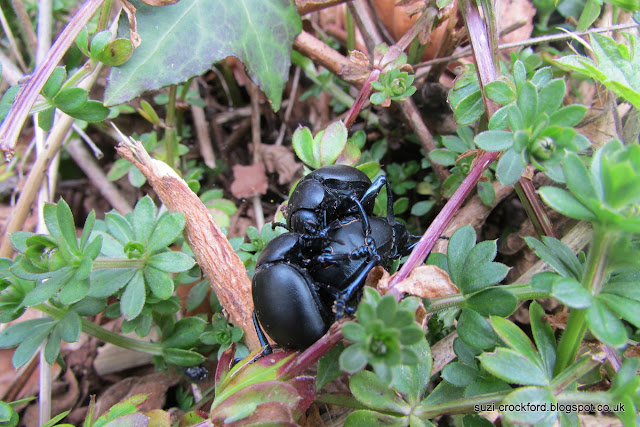 Beetle society is clearly quite broad-minded! 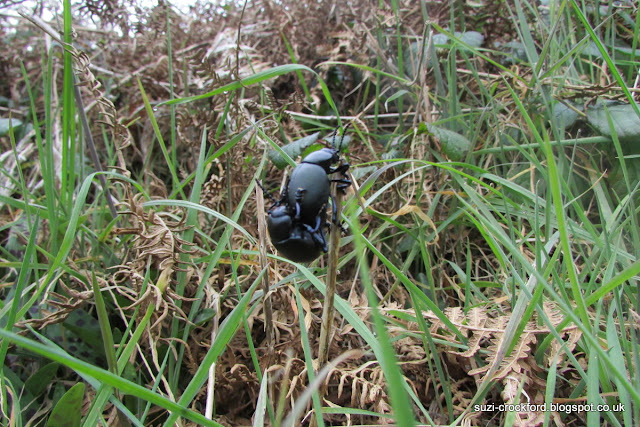 All the other indicators of a slowly unfolding spring are here too, I caught foxy waiting by the hedge for whatever pickings might come his way. 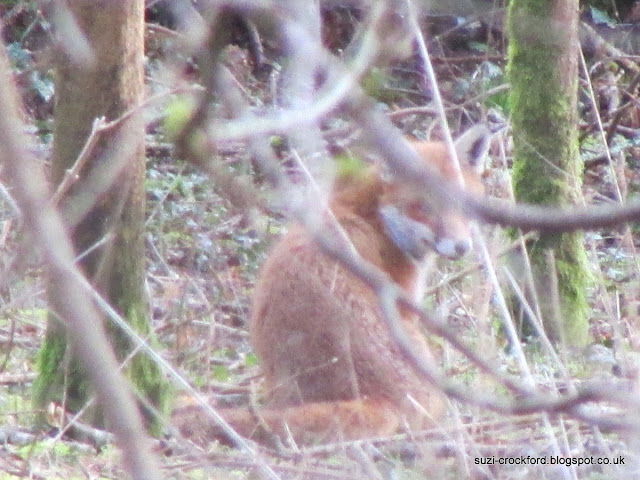 The Robins are having their usual battles for territory. This one plumping himself up, I think to show his opponent how impressive he is, but he might just have been cold. 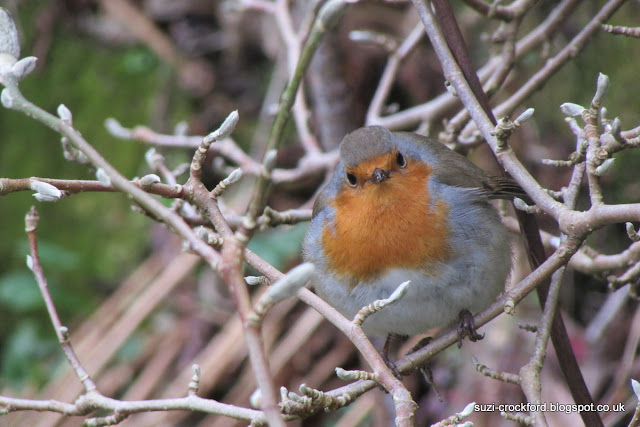 Here is his singularly unimpressed opponent. They had a lengthy scuffle over ownership of our chicken run earlier, a prized territory as it gets daily sprinkled with lovely organic mixed corns. 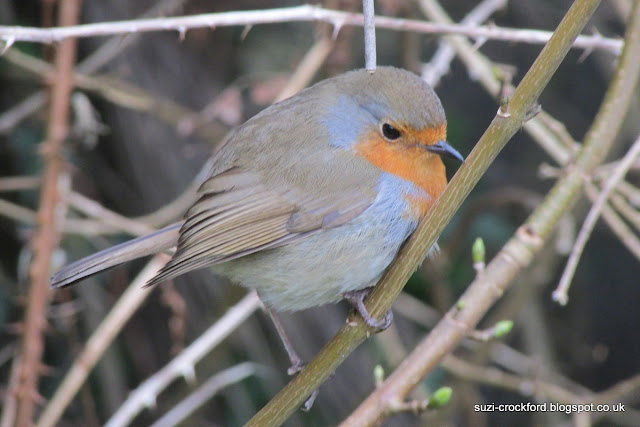 The byways, fields and moors are slowly greening, even in howling wind and sleet they are inexorably coming back to life. 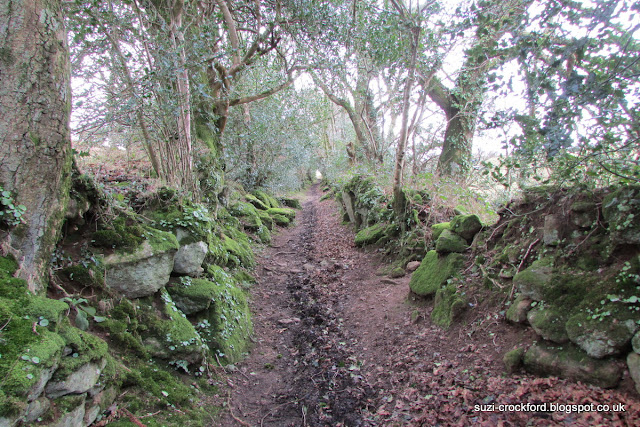 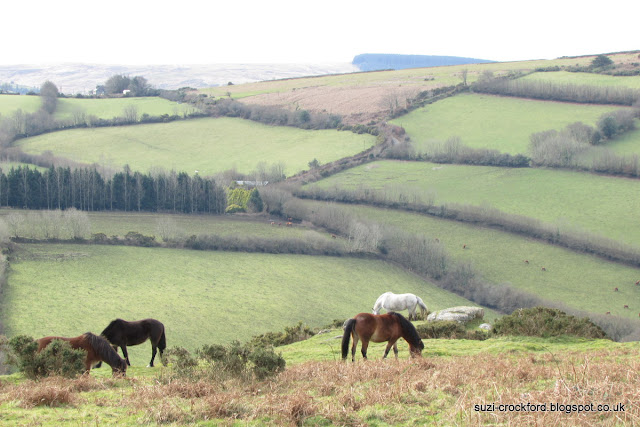 And as usual, Daisy is turning whatever happens to be in front of her into a good thing! There are many things I can learn from this dog (you may remember the lesson in blackberry picking) and simply making the most of everything that is right here, right now, is definitely one of them. 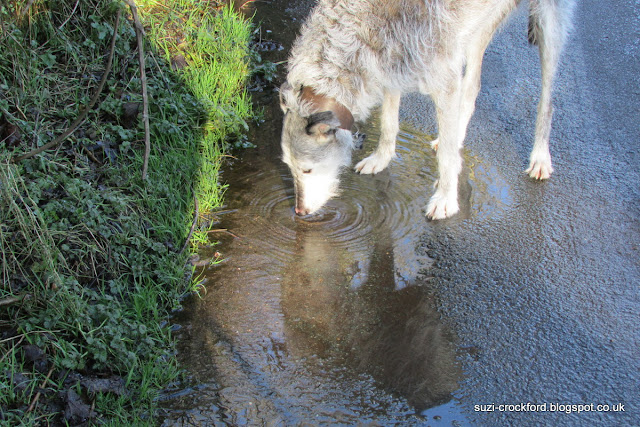