Wassailing is an old country tradition, one among many that marked the minutiae of the passing of the year - in this case one that acknowledged winter is still here but spring is coming, so we go to the orchards to wake up the trees. It seems that everywhere that there is a strong tradition of cider making you will still find wassailers, the length and breadth of the country.  Here in Devon there's plenty of it about, those of us who love cider are to be found on old twelfth night (17th January), or thereabouts, making sure that the apple trees are honoured and acknowledged so that they bear plenty of fruit in the coming year. We went a wassailing a little early this year, I didn't realise until I started researching it for this post that there is a date, an actual date rather than guidelines, that is commonly associated with Wassailing. I think for many of us it just takes place at some point in the first couple of weeks in January, whereas for others it's the 17th of January or be damned! 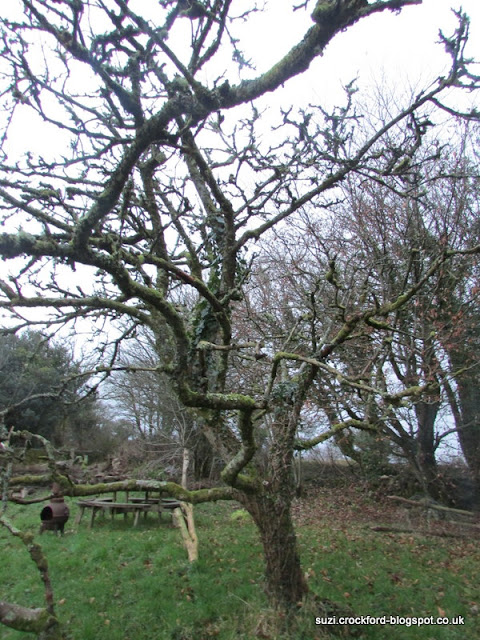 We brought sops and cider, song, fire and friendship to our trees. Also our eternal gratitude for the mammoth harvest they so often give us. 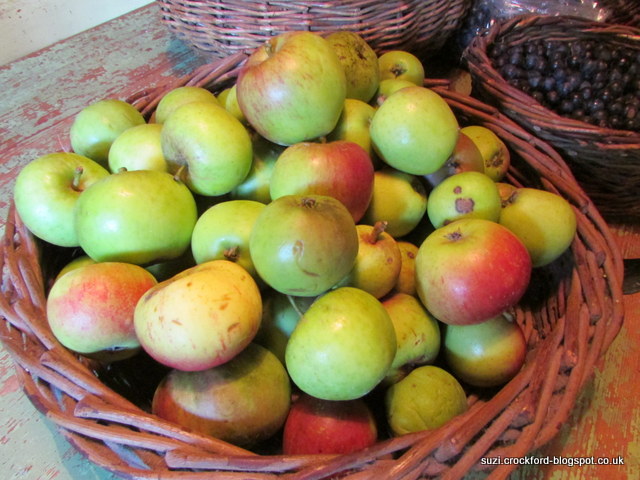 We put the sops in the branches of the oldest tree and poured a libation of last years cider onto the roots. 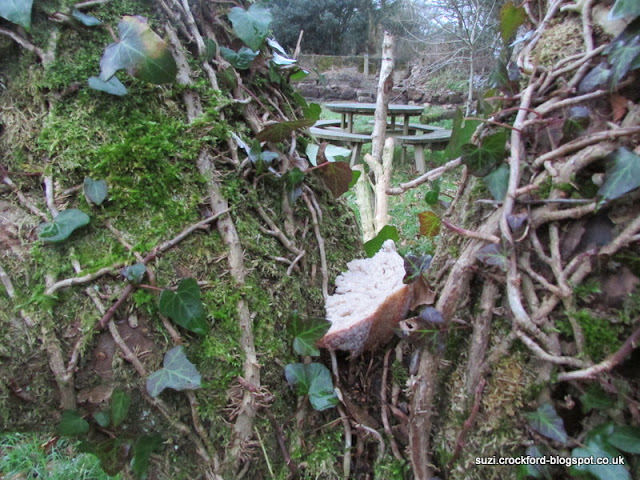 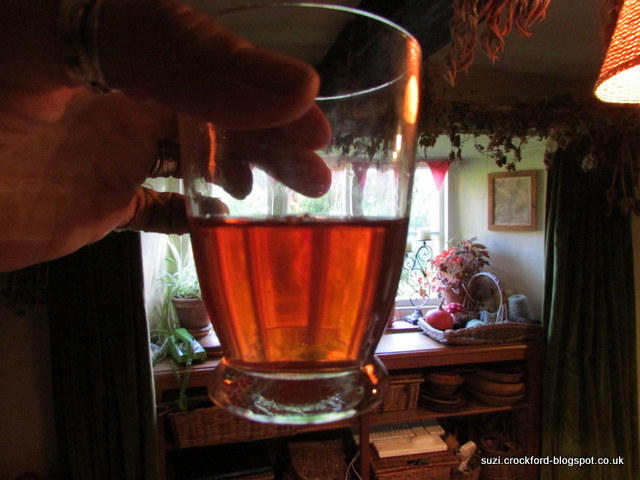 We sat around outside in the twilight, ciders in hand, wondering about the many tales of the apple: Perhaps she is the personification of the Goddess, perhaps she contains sacred teachings (have you ever cut an apple in half sideways?). Perhaps the humble apple is the fruit of immortality, of the Gods, of the fall of Eve. Certainly the practice of wassailing was considered a pagan threat to the christian church and there was an edict banning it in 1577.  Our conversation moved to crumble and custard and ways to make the cider press work better - Fergus and I can always be relied upon to bring the conversation back to our bellies in the end and the fire was easily good enough to roast a potato on. The bonfire, or a flaming torch, is part of the traditions of wassailing as it represents the returning sun. Bless him and his warming, lighting, ripening, apple growing ways. 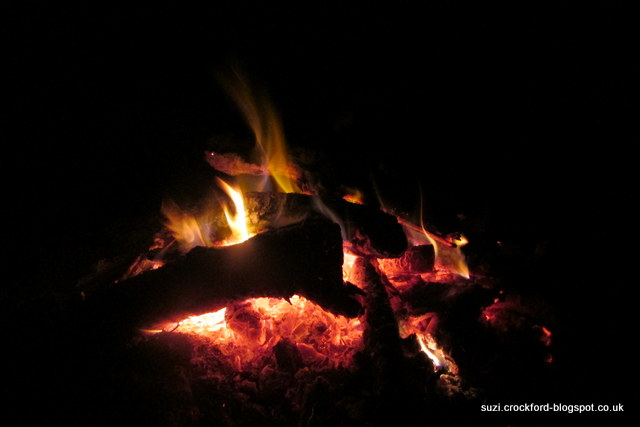 And when we came in we realised we'd forgotten the bit about banging saucepans to drive away the evil spirits and went back out to do it.  If your wassailing in a community orchard you are likely to find lots of noise in the shape of morris men and plenty of merriment; here's a little film of wassailing a community orchard in Colwall in Herefordshire last year.


Most importantly, wherever or whenever you are a-wassailing there must be sops in cider. This is usually a piece of toast these days - which I think may be a hilarious misunderstanding of the expression 'toasting the trees' - but it might not be. It seems that bread was placed in the cider glasses in many places, as much to prevent all the murk from the bottom of the glass from ending up in your mouth as anything else.  The cider soaked bread (toasted or not) is then placed in one of more of the trees, for the good spirits and for the Robin who is guardian of the orchard.  A libation - last years cider poured upon the ground and the roots of the trees in  honour of the Spirits - is offered and threaded throughout all of this is the constant shout of "wassail" and the singing of the local wassailing song.  The word wassail is derived from Old Norse 'vest heil' and means "be healthy", "be you hale". The traditional response is "Drink hael!".

I came across this wonderful old film from the 70s about British mid-winter traditions, from Ash Faggot burning to Wassailing. If you let the YouTube get on with it the whole film will play in 5 separate pieces.


According to the community featured here wassailing was regarded as simple good husbandry. The oldest tree in the orchard would be blessed, gun shots would be fired to scare away the bad spirits and sops soaked in hot cider and ginger placed in it's branches to entice good spirits to come - thus ensuring a good crop of apples in the coming season. Hurrah!

May all trees be fruitful this year; yours, mine and those that belong only to themselves.