The River Is a Strong Brown God

Exerts from 'The Dry Salvages'
(No. 3 of 'Four Quartets')
By T S Eliot

"I do not know much about gods; but I think that the river
Is a strong brown god—sullen, untamed and intractable,
Patient to some degree, at first recognised as a frontier;
Useful, untrustworthy, as a conveyor of commerce;Then only a problem confronting the builder of bridges.
The problem once solved, the brown god is almost forgotten
By the dwellers in cities—ever, however, implacable.
Keeping his seasons and rages, destroyer, reminder
Of what men choose to forget. Unhonoured, unpropitiated
By worshippers of the machine, but waiting, watching and waiting." 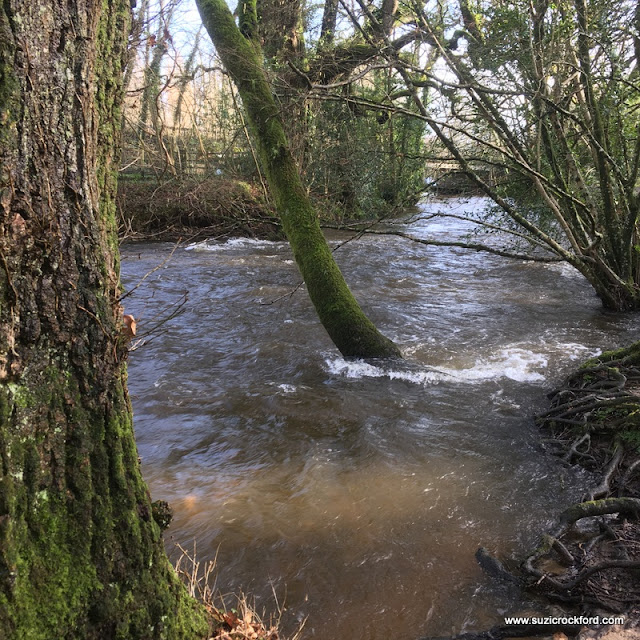 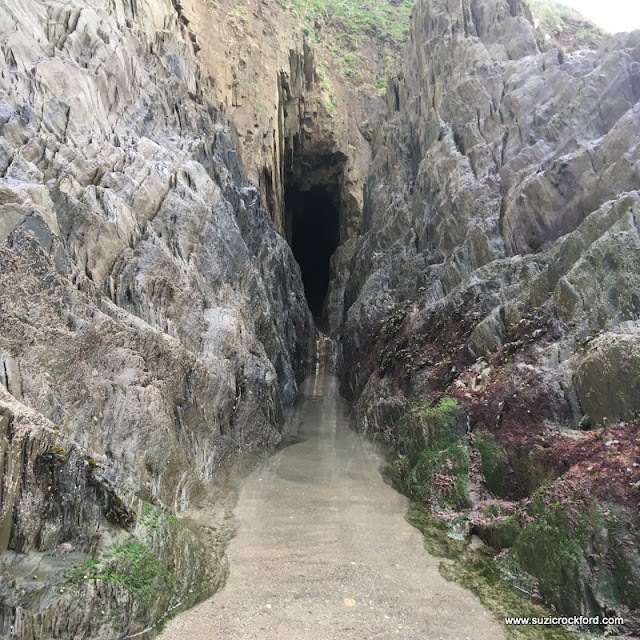 "The tolling bell
Measures time not our time, rung by the unhurried
Ground swell, a time
Older than the time of chronometers, older
Than time counted by anxious worried women
Lying awake, calculating the future,
Trying to unweave, unwind, unravel
And piece together the past and the future,
Between midnight and dawn, when the past is all deception,
The future futureless, before the morning watch
When time stops and time is never ending." 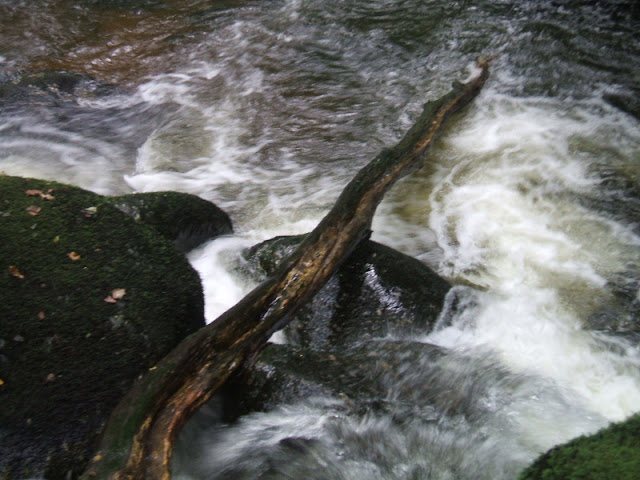 As a child listening to the river, a new sense enlivened within me, a new language to understand, unraveling unfamiliar words from within the melee. My heart listened quietly, and from here I understood -  this is a sensual experience, I must breathe it and feel it and not-overthink it. I knew beyond any doubt that the river was a god. 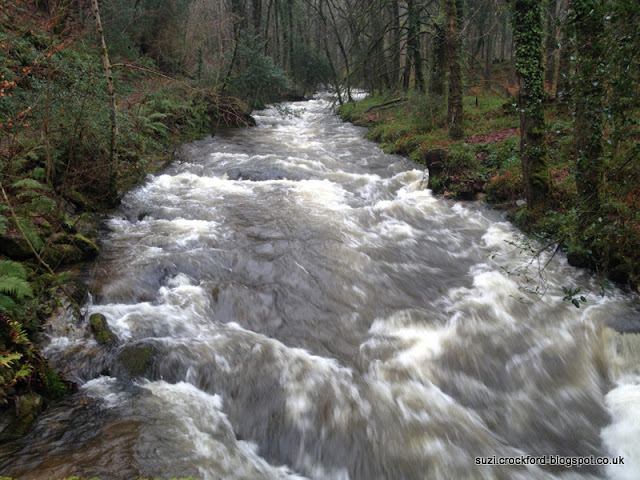 I see now that the many mellifluous languages of the wild are our birthright, we are supposed to be able to attend to them and learn from them. Perhaps it's a step to far to expect almost anyone from the 'consumer culture' to join me in believing that rivers are gods, but if we do not understand the shrieking call of the blackbird as she flies arrow-like from danger, we will not know of the danger. If we cannot hear the difference between deep water and shallow, we will end up in deep water. We have ended up in deep water. Our 'future futureless' perhaps. 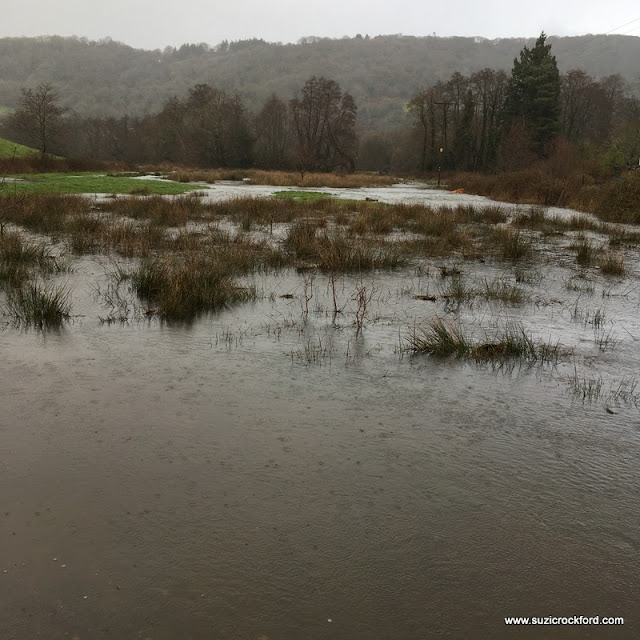 Terry Tempest Williams wrote - "The eyes of the future are looking back at us and they are praying for us to see beyond our own time", but many seem to feel pinned to the spot, frozen like a rabbit in the headlights by the enormity of all the things that need to change. We feel powerless in a world where corporations and governments appear to have control and seem to be acting too slowly to make any significant difference. We talk about what needs to change, but these discussions are not getting us out of the deep water, they are neither boat nor paddle, they are yet more ways in which we are avoiding actually doing what needs to be done. Which - in my humble opinion - is acting, in every moment of every day, as if every part of every thing is alive. Ghandi said  “what we each do seems insignificant, but it is most important that we do it.” If we can bring consideration for all of life, awareness of the consequences of every single choice, into our daily practice of living, what could we achieve? 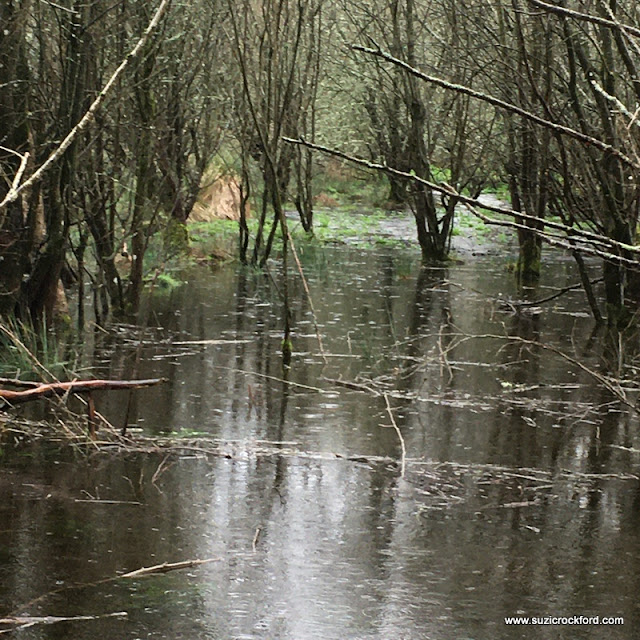 Clare Dubois, the founder of TreeSisters wrote a piece that expressed what I'm trying to say much more eloquently than I can but sadly I can't find it to share with you. So here goes with something a bit similar..

The whole of our tumbling Earth is Gaia,
the rivers are Gaia,
the trees are Gaia,
clouds, rain, rivers and seas are Gaia.
Sheep are Gaia, as are wolves and jackals.
So far not too taxing....

The sunrise, this now mostly typed-on white page,
the north wind, all winds, chemtrails (really? You turned the Sacred Earth into that?),
are Gaia.
The old dog, you, me.
We are Gaia.
The coffee in my cup,
my cup,
it is Gaia.
My phone,
electricity,
the plumbing,
my delicious supper,
my husband who made that delicious supper - he is Gaia too.
So's the bloke who grew the squash, and the one who picked the nuts.
The squash is Gaia,
and the nuts,
and the shop they came from
and the packet they came in.
Someone made that packet out of Gaia.
And it will be thrown away into Gaia.

When I do that -
Please Gaia,
let me remember to at least
say thank you.