Olwen of The White Track; The Hawthorn Tree

I've been carrying around a story all week: It's the story of Olwen of The White Track and it's been going round in my head for no other reason than that her father's name in English is Hawthorn.  In Welsh it is Ysbadadden Pencawr and he was the fierce and powerful King of the Giants told of in stories contained in the wonderful Mabinogion. 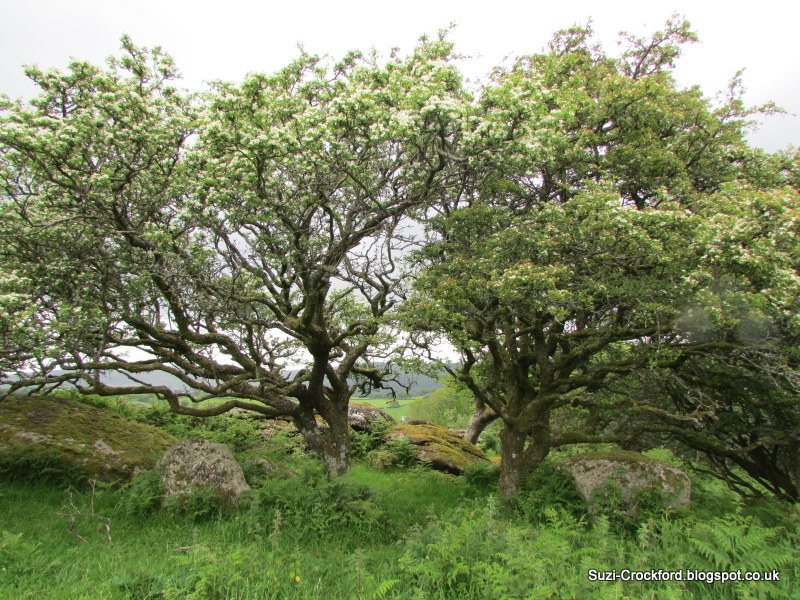 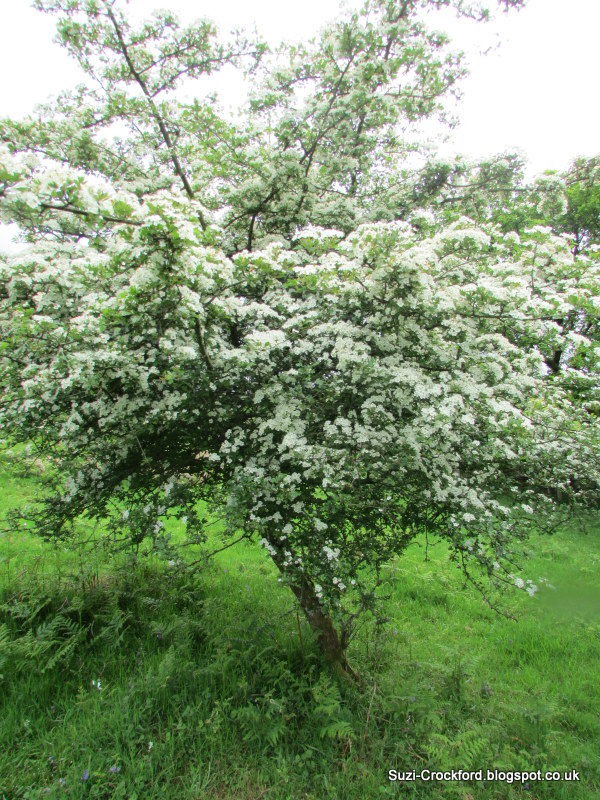 There are countless tales, fables and folk beliefs about Hawthorn Trees:  Some say they are home to the Fey, they say that Thomas The Rhymer met the Faery Queen beside a Hawthorn Tree before she took him to Tir na nOg.  It's said that witches can turn themselves into Hawthorn Trees and that sprigs of Hawthorn will keep the cows milk sweet if hung in the dairy. These are just the top branches of a Hawthorn Story Tree that has roots running very deep into the psychic soil of our tribal histories. 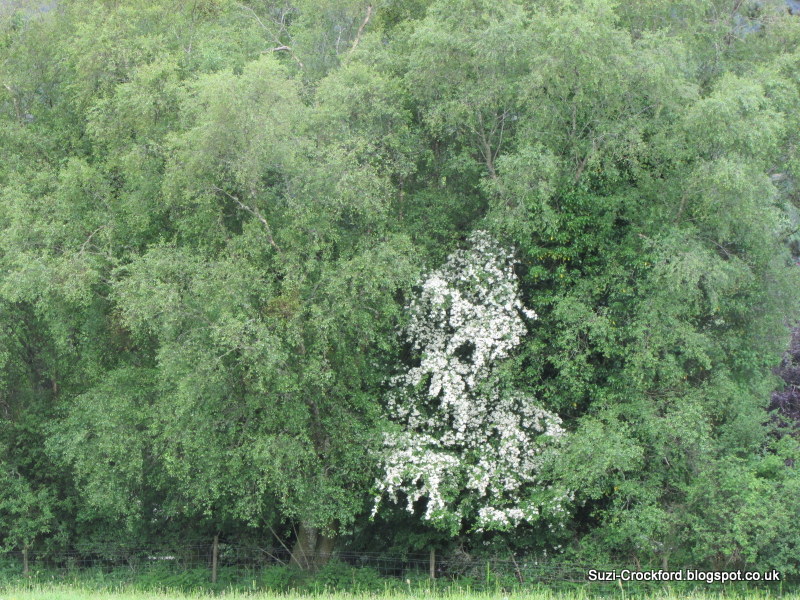 It flowers in May, and is often called simply The May Tree. It features in most May Day Celebrations but it's not just the arrival of it's flowers in spring that call for attention. It's the tree you will most often find guarding a sacred spring, it's the one we tie ribbons in for wishing.  It's the thorn that is spoken of in that beautiful expression 'by Oak, Ash and Thorn', the one that opens the doors to the Otherworld. 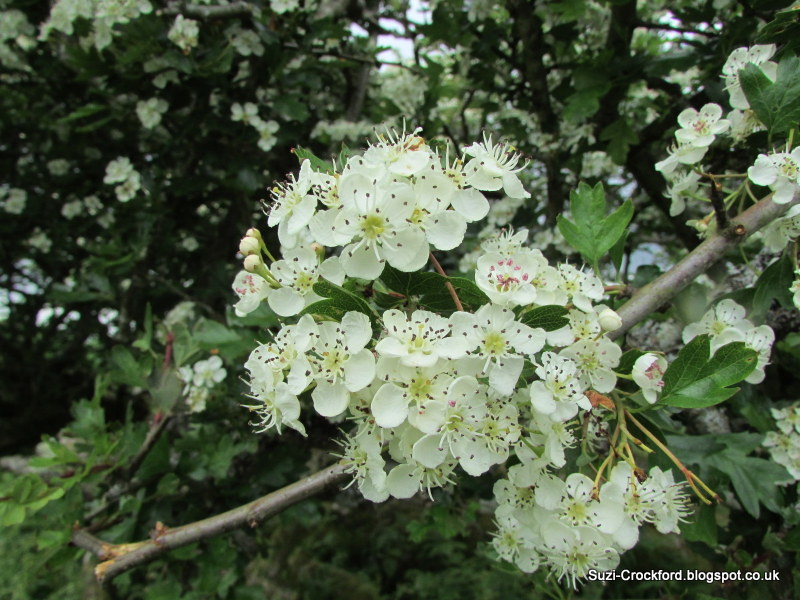 Now (mid June) is the time of the year when all the Hawthorns hereabouts suddenly start to drop their petals.  Their beautiful froth of white - always so redolent of The Maiden - or indeed Olwen - starts to fall on the paths and roads everywhere. 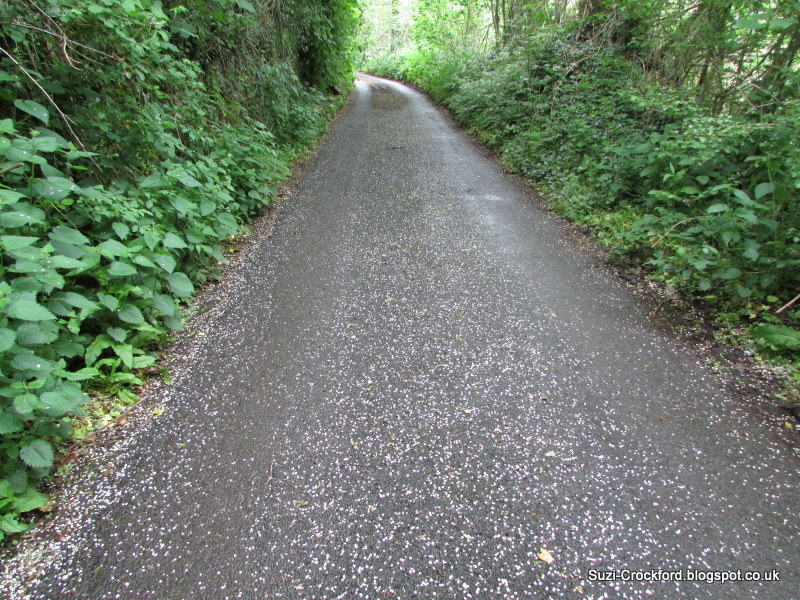 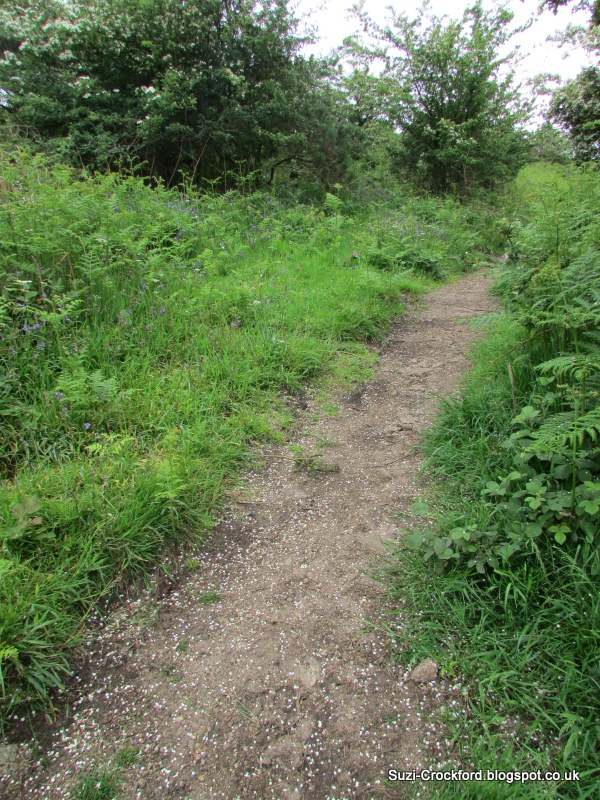 The petal strewn path must surely have just seen a bride pass?  In ancient Greece crowns of Hawthorn blossoms were made for wedding couples and the wedding party all carried burning branches of Hawthorn. 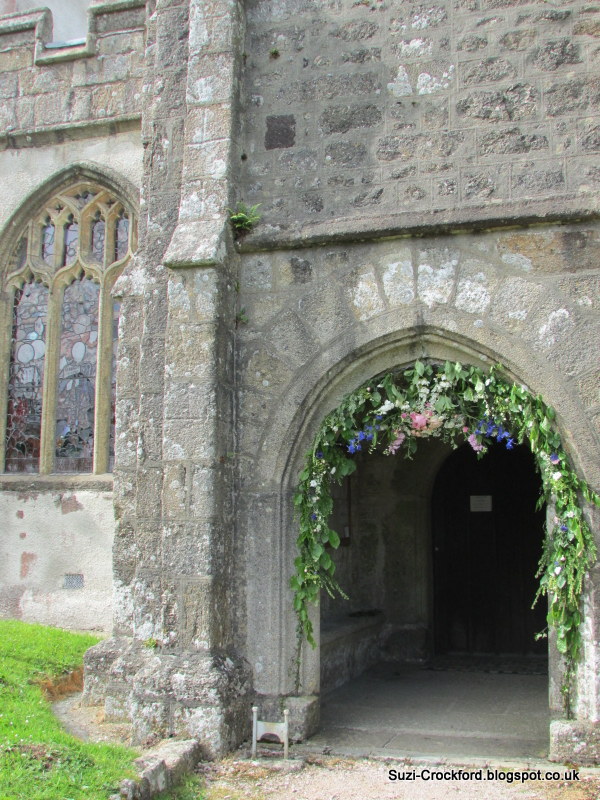 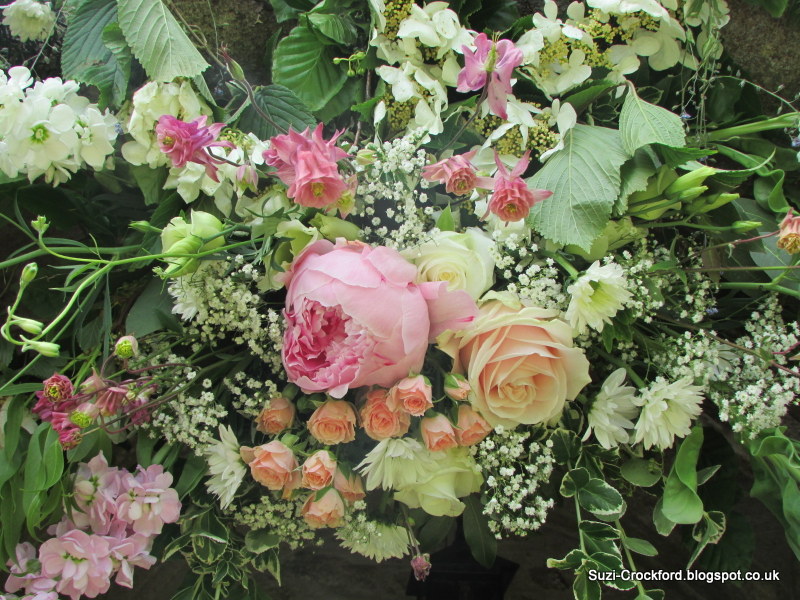 Olwen was a maiden so beautiful of heart that every man who laid eyes on her fell in love with her and when she walked flowers bloomed in her footsteps.  Some say the flowers were Lilies but when I think of her footsteps I think of Daisies. 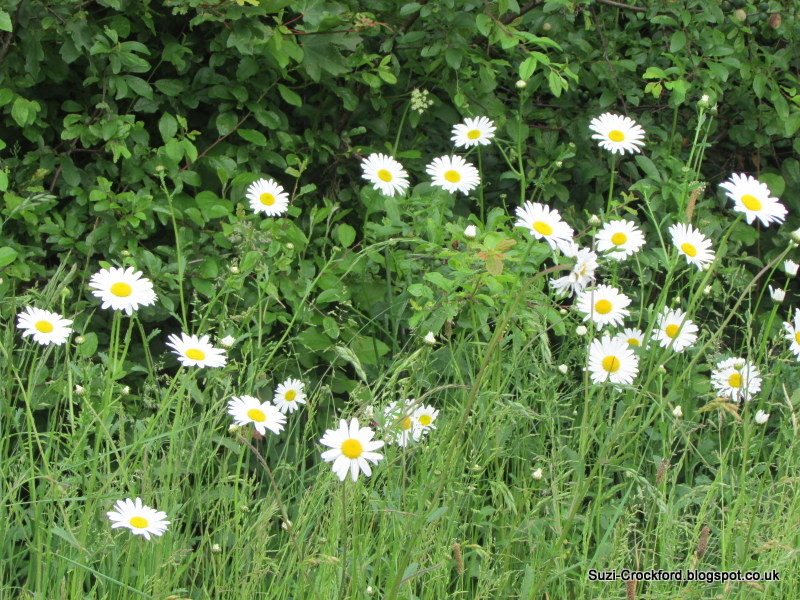 These one's turned out to be full of Starlings. 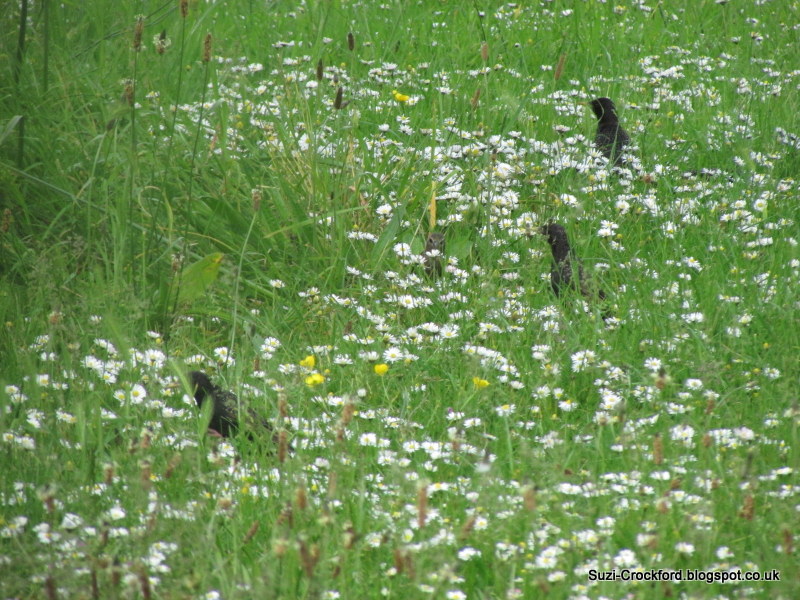 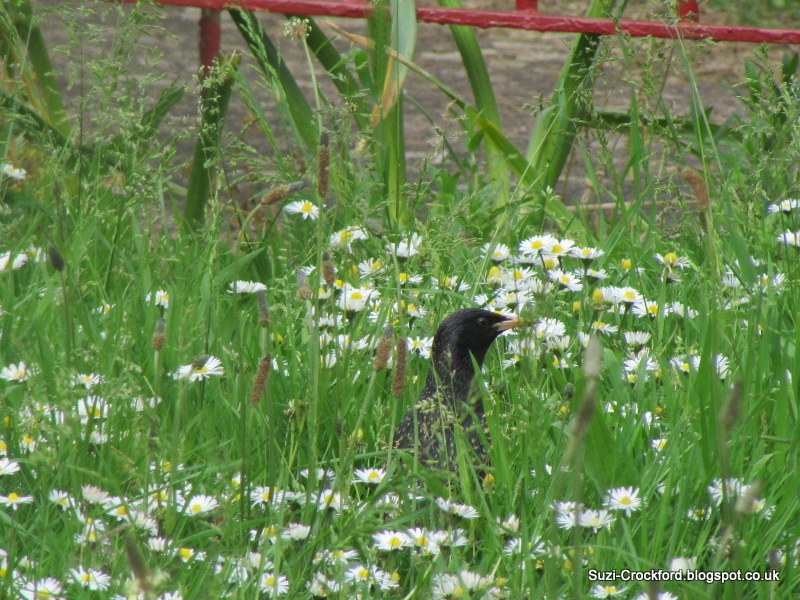 Culhwch, who falls in love with Olwen at the sound of her name, has had a curse put upon him by his wicked step mother that he shall marry none but the Giant Hawthorn's daughter.  Hawthorn has a geis (a curse, a doom) upon him that says that when his daughter marries he shall die on her wedding day.  Needless to say he is not keen for her to marry so he demands that Culhwch perform a series of seemingly impossible tasks in order to win her hand, which he does with the help of King Arthur and six of his finest warriors. 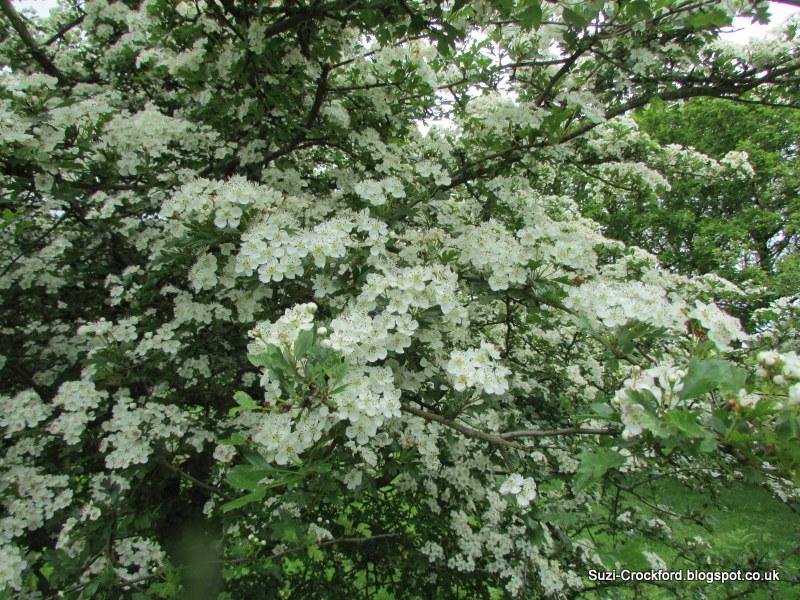 So many of the stories around Hawthorn seem to be about marriage. I was wondering, is that why we throw petals at brides?  (Yes I know, there are brides in every month, but isn't June the most popular month for a wedding?) The Hawthorn flowers in May when the sap is rising in all of us, and it casts it's petals in June.  So have the petals become a symbol for the loss of maidenhead?  Is the maiden's head the flower? Well of course it is but read that sentence every which way. 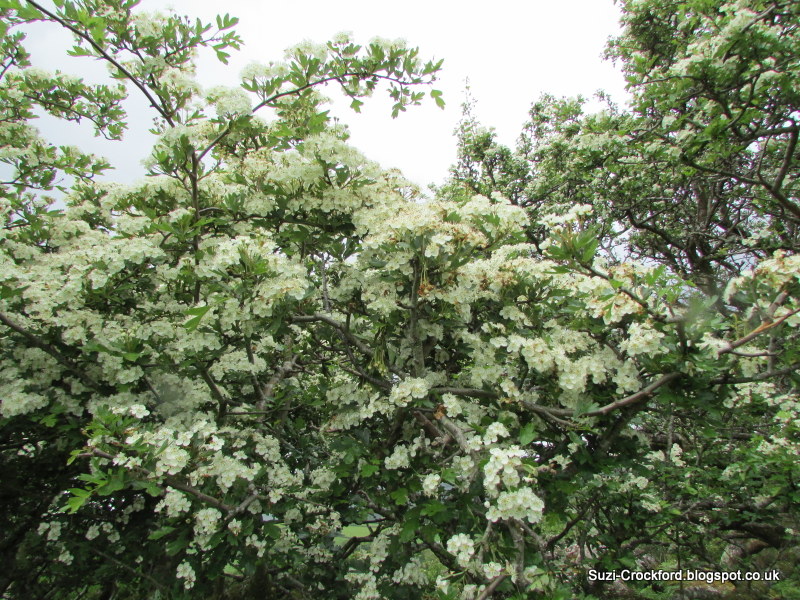 When the petals are lying on the ground the tree goes about making the berry, ripening to fruitfulness the seed of the next generation.  It's not chance I'm sure, that a tree with petals so linked to maidens, magic and marriage in our mythology,  should happen to be linked to the heart in our medicine.  The berries of the Hawthorn have been used by herbalists as a heart tonic for centuries. 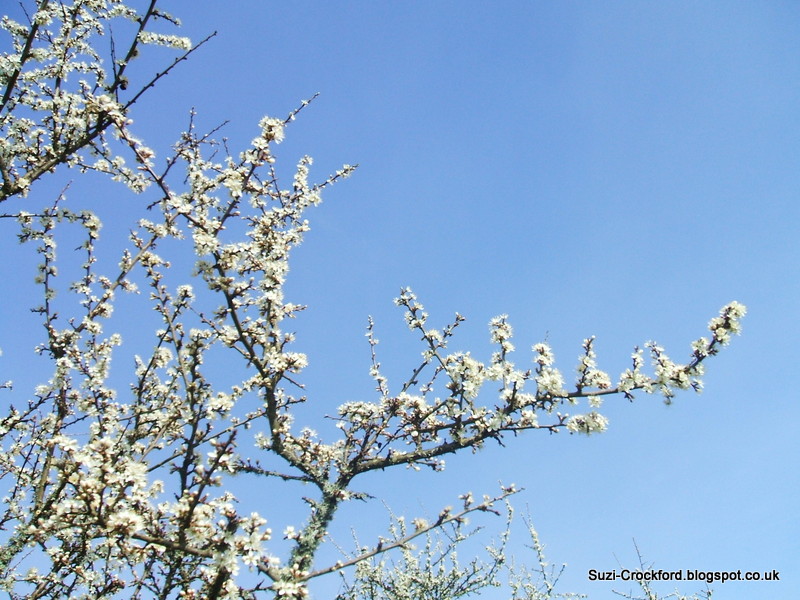