The Box of Shame

This is the box of shame. It is sitting on my doorstep waiting to be collected and my heart feels heavy with the weight of it's contents.  The moment of collection will be cause for significant relief and rejoicing. 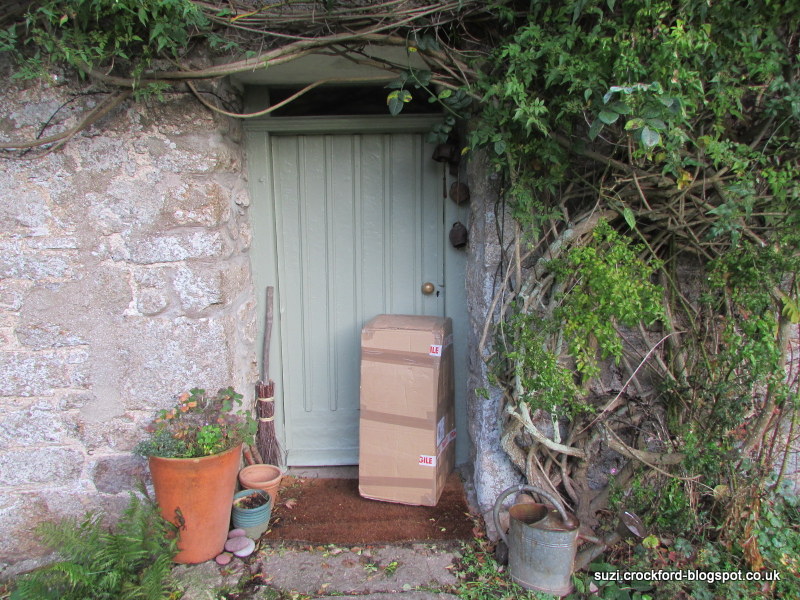 You see, this box contains a tiger skin. (Please read the rest of the post before you send me an abusive e-mail.)  I inherited it a few months ago and the awfulness of having such a thing has tracked me in my dreams and in my waking.  My Mother didn't know what to do with it when she had it; it sat in a canvas bag in the attic.  My Grandmother didn't know what to do with it either; it was in a store room in that same canvas bag.  My Great Grandfather shot it in Nepal in 1904.  I know that those were different times but I still cannot excuse him.  I have known of it's existence all my life and it has always made me incredibly sad. 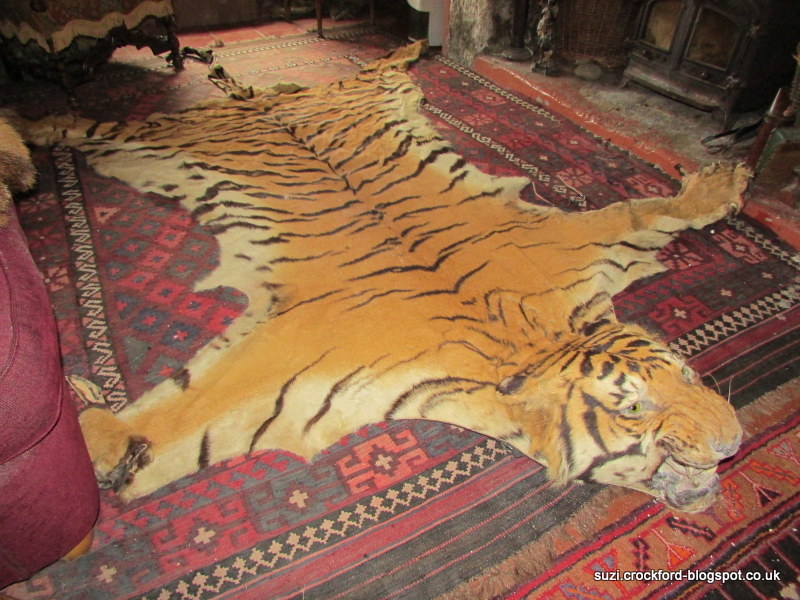 Until now.  The reason the skin is sitting in a box on my front doorstep is because it is being transported to another part of the country where a shamanic practitioner who works with Tiger as an ally will keep it as a sacred object.  This person would never have wished for such a thing, they would never seek it out, but the synchronicities arranged by the spirits (or so it seemed) were so perfect that now this poor old skin - a skin that has waited solemnly in a bag for over a hundred years - will at least be honoured and respected.  Given that the tiger was shot and preserved this feels like the best outcome possible.

As I was taping and addressing the box of shame for it's departure, I was content in what I thought was the knowledge that this sort of thing doesn't happen any more.

Oh dear, how very wrong I was! There is a new petition from the International Fund for Animal Welfare - it reads like this: "I was shocked to learn about the scale of wildlife trade over the internet. The International Fund for Animal Welfare’s (IFAW’s) recent report entitled ‘Wanted – Dead or Alive’ alarmingly shows that their investigators found 33,006 endangered wildlife and wildlife parts and products [for sale on the internet]....  The investigation looked at 280 online marketplaces in 16 countries during a six week period in 2014 - so this is just the tip of the iceberg."

"This trade in wildlife ..... is taking place when the poaching of endangered wildlife is reaching unprecedented levels and the existence of the internet is providing an expanding platform that is seeing traditional crimes transforming in scale."

Specifically, the IFAW are asking the Government to make it a criminal offence to advertise an animal, or its parts (listed under either Appendix I or II of the Convention on International Trade in Endangered Species) if the advertiser does not include a valid CITES permit number within the advertisement.  They would also like it to be a requirement that online marketplaces have alerts on their sites regarding the possibility that advertisers might be breaking the law and links to details about the specifics of the law.

The petition is HERE please support it if you can.

The tiger skin is a perfect example of everything that is sickening about the trade in endangered animal parts, not least the fact that an animal was killed for the gratification of one individual's desires, nothing more.  His flesh was not eaten, his bones were not ground for medicines, his pelt was not used to keep anyone warm.  It's a thought that is coming to me more and more these days; not just "do I really need this?" but also "what will be done with it when I die?"  I truly hope that the Tiger has taught me a lesson learned well enough that there will be nothing to bring my descendants cause for shame when I do eventually join my Great Grandfather and that he will be pleased to see me, despite our differing views.