For My Ancestors And For My Descendants

Happy Halloween, or Samhain, or whatever you chose to call this day when the veil between this world and that other is at it's thinest and the old year dies. The apples are picked, the firewood is stacked and it's time to draw-in, to simmer down, to reflect. 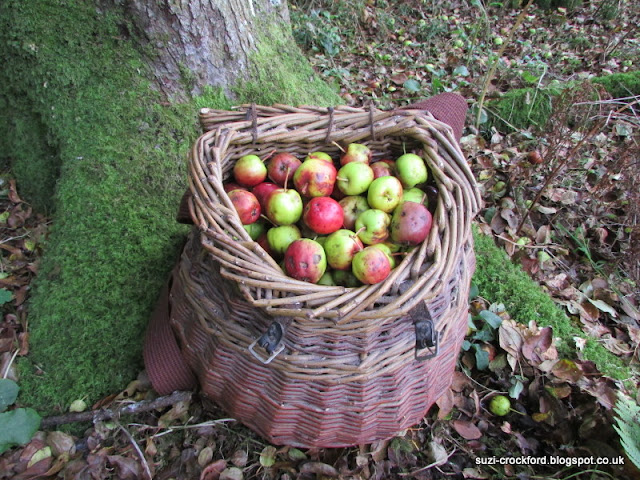 I've been 'haunted' for the last few days. My paternal grandfather has been popping up everywhere in a most persistent manner; a few days ago I looked at a basket that I use for recycling in the kitchen (before it's taken to the box in the shed), I look at that basket ten times a day but suddenly I remembered that I had given it to my Grandfather for his 80th Birthday and filled it full of home-made goodies. I heard a Carly Simon song on the radio and remembered that he had given my my first ever album as a young teen. I noticed that you can still buy a 'Freddo' frog shaped chocolate, when I was little these were his favourite and I would delight in buying one for him with my pocket money. Memories came crowding in and I realised that he was trying to get my attention (or more accurately The Spirits - the wise compassionate, all knowing, utterly loving Spirits - who are individuated only so that we may understand, were trying to get my attention). 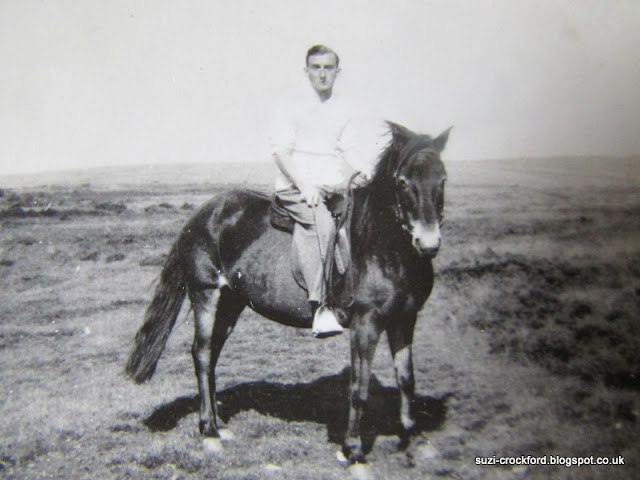 I spent many hours with him/them last night. First I was asked to light a fire. I did so with due ceremony - a fire in honour of The Ancestors - both personal and general, both recent and ancient, this is well within my comfort zone and my 'normal'. I was then sent to collect a small leather case which is filled with old photos, letters and documents. There are (or were) all sorts of wonders in this suitcase. The Spirit that I was identifying as my Grandfather, who my brother and myself called Grandadda, was getting more and more impatient with me; it had taken me a long time to do as I was asked, he'd been asking for days. His impatience increased as I opened the case. 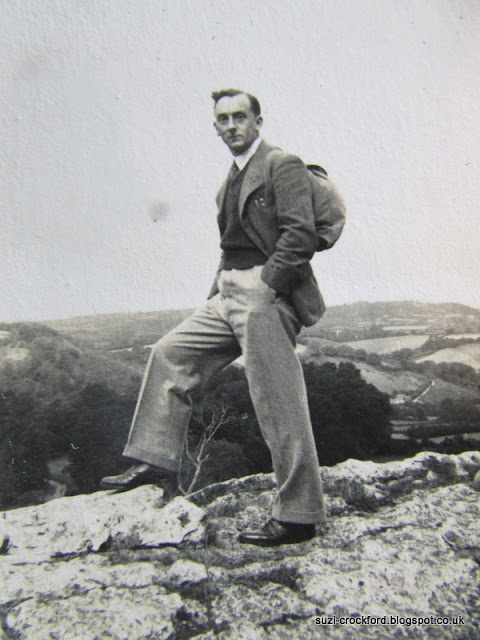 Immediately the case was open it was clear that what was required of me was that I burn the contents. Whatever recoil from this instruction you are feeling as you read this is unlikely to be as strong as mine was. I have been raised in a family who's feeling for what some of my family call 'La Generosa' (The Generous Ones the one's who came before us and to whom we owe our-selves) has been very much at the forefront of my up-bringing. On my Mother's side of the family my GrandPop was an Irish tale-teller and story lover who had a history to relate for nearly every eventuality and who kept the stories of the generations alive by constant recounting. My maternal grandmother was on the one hand descended from Robert The Bruce and on the other from Italian nobility. You simply don't, you really DO NOT destroy family records or memorabilia..... history is how we learn. So - being asked to burn the contents of the case was horrible. Beyond horrible. 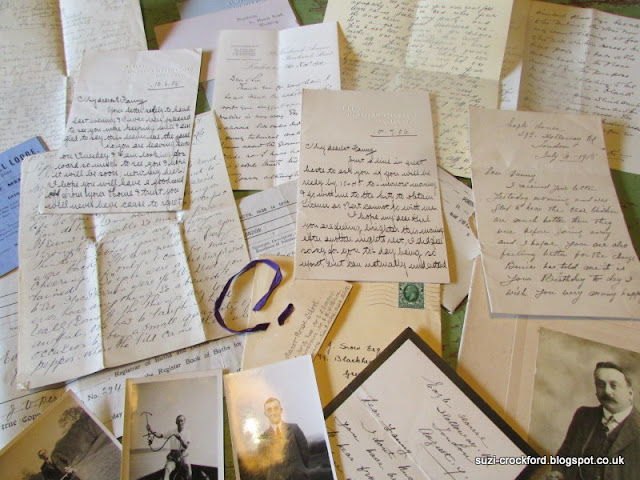 I couldn't do it. I spent hours reading all the letters, looking at the documents and the photographs. Grandadda was getting crosser and crosser, more and more anguished as I refused to do it. I would not understand unless I did as I was asked. 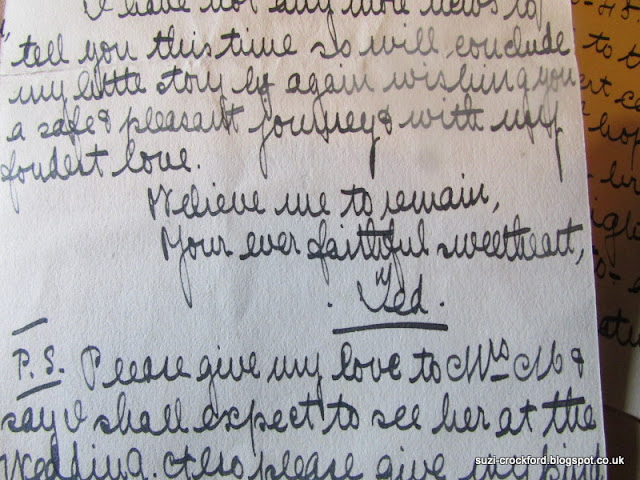 So we reached a compromise. I would burn all but two of the letters that were written from 1905 to 1911 by my Great Grandfather Edward (Ted) to my Great Grandmother Fanny. They were sweet letters, mostly concerning themselves with the presents various people were giving them as they got married. He signed himself 'Your ever faithful sweetheart' until they were married, were-upon he signed himself 'Your ever faithful ex-sweetheart'. These were lovely people, kind people, people like you and me. Reluctantly I put the letters on the fire. And the minute I did so, the penny dropped. 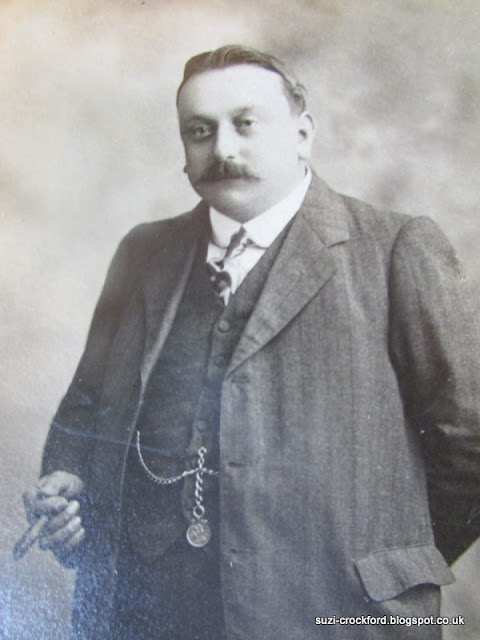 In the verbal histories of my family my great great grandfather is referred to as The Old Bastard (that's him, above). He - like my Grandadda (Ed) and his father (Ted) was called Edward Snow. When Ed's father Ted died (when Grandadda was three) he left his share in the family business to Edward Snow - his son. But Edward Snow - his father - took the inheritance. Hence the less than adoring title of Old Bastard. Now that the letters between Ted and Fanny are (mostly, but for the purposes of the lesson - completely) gone all that remain are equally loving letters from The Old Bastard to Fanny enquiring about her health and that of his grandchildren. So history has been changed. My son's will inherit a suitcase full of another story entirely than the one I was raised with - because I'm pretty sure they haven't heard the 'Old Bastard' story and now the evidence is that he was a kind and caring man. One who sent his granddaughters coats and his daughter in law money. This is not fully the point of the 'great burning' (I still can't quite believe I did it - in some small ways I will probably regret this for years). What Grandadda was trying to make me understand (and I'm not sure I'm managing to convey it at all) was that in looking back at the Ancestors as individuals or as a 'culture' we will only ever keep repeating the same stories, make the same mistakes, create the same reality. 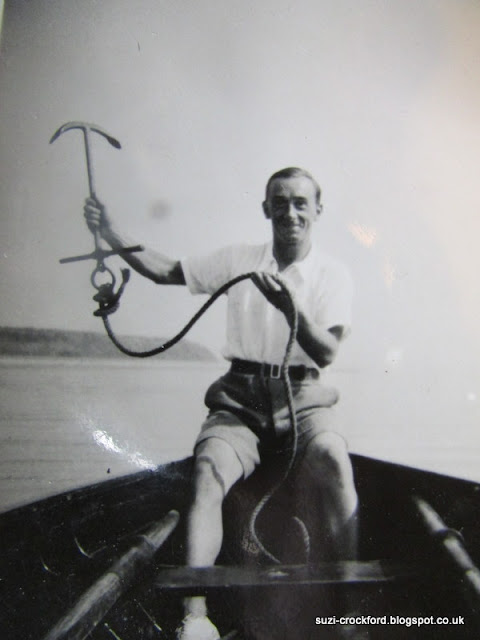 At this time of year we honour our dead, we stand in gratitude for our place nearest the fire, honour our bodies and our inheritances. If we are wise we look much further back than those we know as ancestors, to the common ancestors, the small tribe of people to whom all of us ultimately owe our genetic inheritance. People who knew the Earth as alive and sentient, people who we like to think and certainly hope behaved with grace and respect for hundreds and hundreds of generations. BUT - we must also look to the future, to the descendants for our wisdom. They are the ones who are truly inheriting the terrible dislocation that the last thirteen generations have engendered. In the letters it became clear that these people who lived 100 years ago hardly differ from the majority of the people of my generation in the west at all, obviously they couldn't operate a blog without a serious up-date but they are pretty similar in their concerns. My sons and their friends seem to me to be a different kind of human completely. At the forefront of their concerns are the whole tribe of Earth Dwellers and the Earth herself. I thank the Goddess for them, for all of them, and I will be looking forwards for my wisdom, not backwards, whilst thanking those who have gone before me that I am here at all.