Two days before Twelfth Night our celebratory tree was unceremoniously stripped of it's decorations and bundled into a pile at one edge of the room. This is not the way we usually go about things; there is usually a gathering round the tree of slightly sad faces toasting the end of the season. There is usually a fire and a sense of coming out of the darkness slowly and with attention to the details. The tree is cut up and made into little kindling bundles that will last most of the rest of winter and the decorations are placed lovingly in their little boxes, wrapped up with the hopes and wishes for another season of love and peacefulness at the end of this year. Why the rush? Well, the outside started to come inside... The mop by the fireplace and the towel on the floor tell a tale of water coming up through ancient tiles and creeping wetly across rugs, water that has kept on coming for days. It's a tiny dribble, measurable in buckets-full each day, nothing at all compared to what people are experiencing in Cumbria, Lincolnshire, Wales, Scotland, and doubtless many other places that haven't made it onto the news, but the fact that a house that is nearly 10,000 feet above sea level can flood means that none of us are safe from this wet. It's not just about high tides and rivers bursting their banks, it's that the land is utterly sodden, waterlogged past the limits of what can be absorbed. 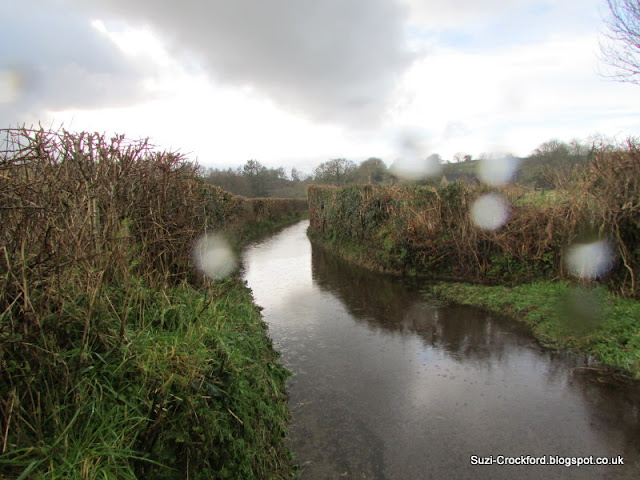 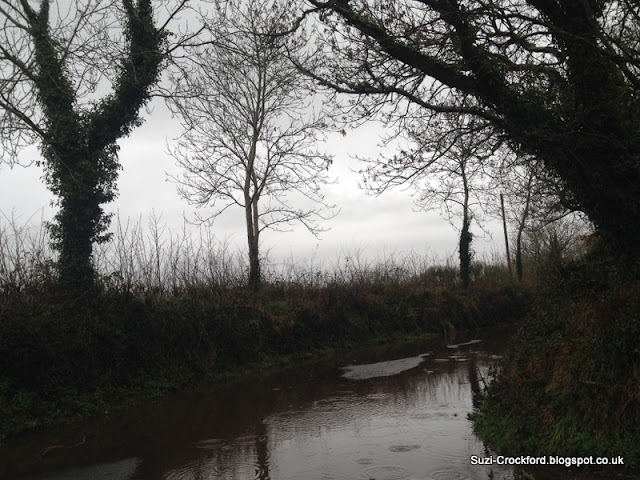 The rivers are expanding their dominion daily. 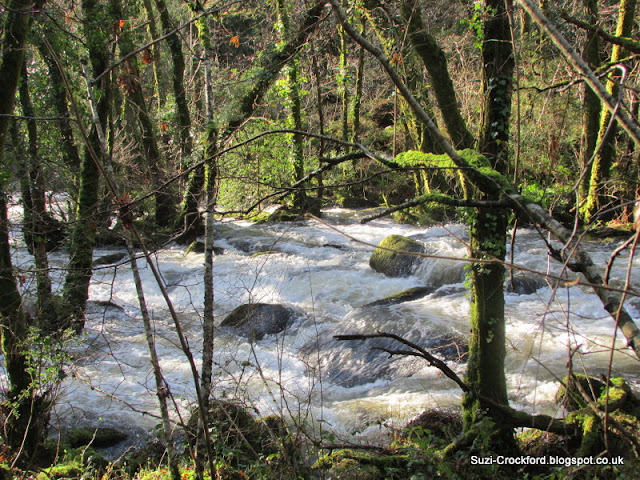 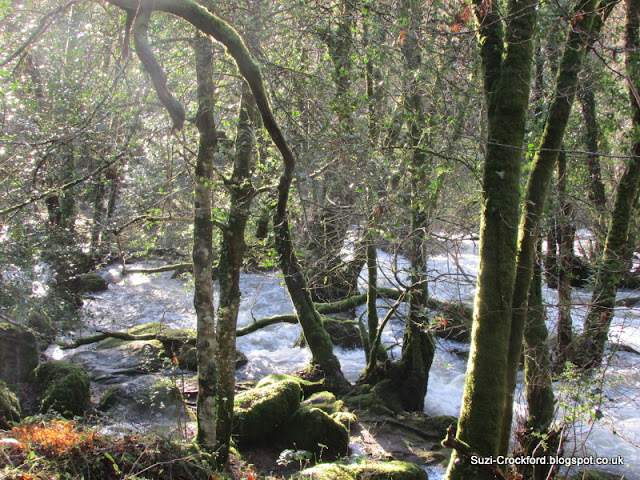 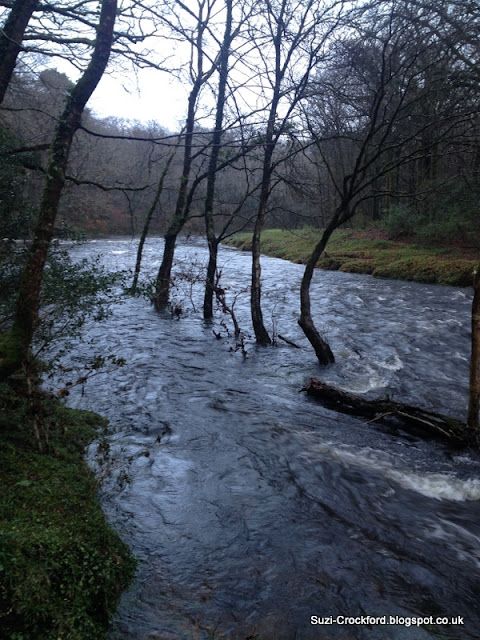 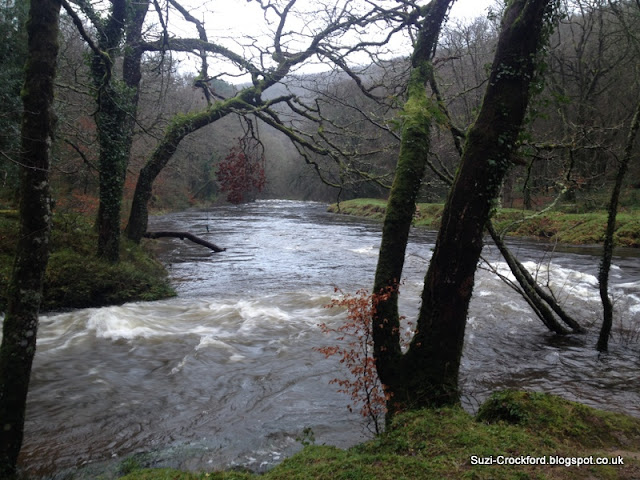 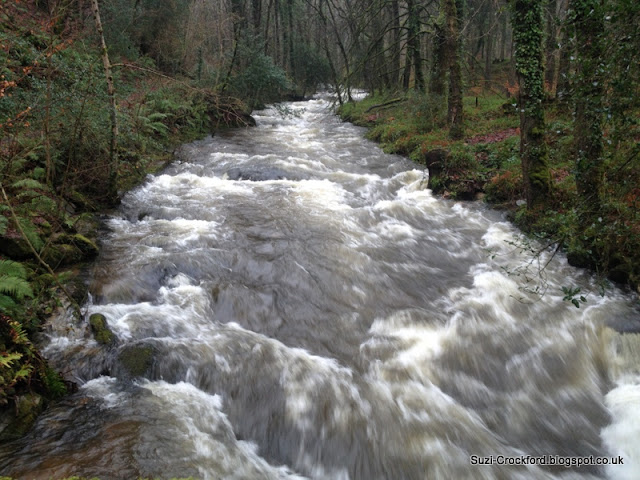 Although not everyone seems to mind. 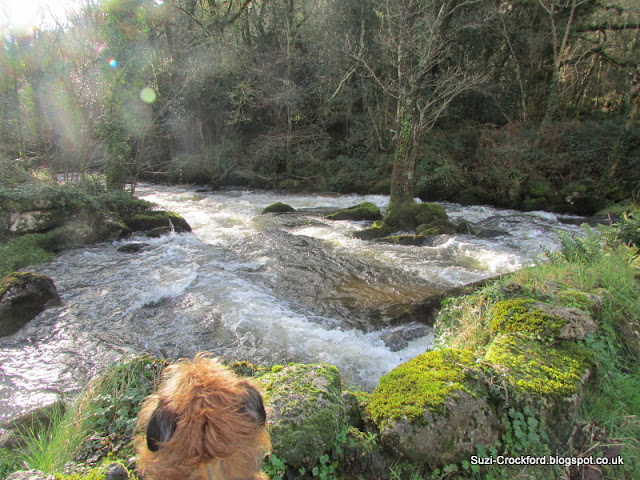 Druid (mostly a Border Terrier) has decided that he's a water dog. Luckily he has not been so foolhardy as to jump in any of the rivers, but every puddle requires his close examination. 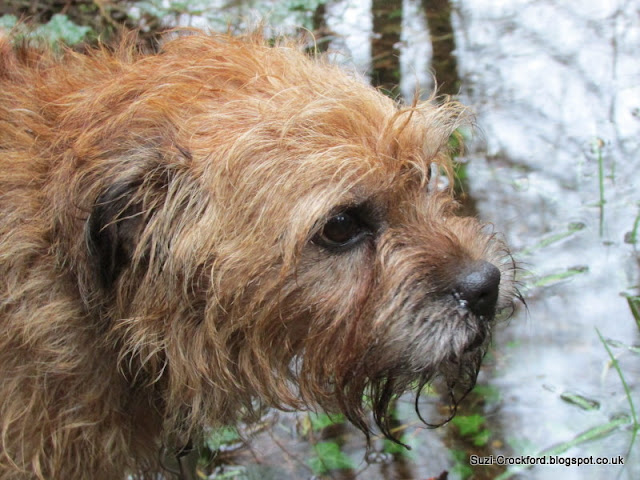 Canine larks aside - we live on an island (you've noticed?). Our government is issuing licences for Hydraulic Fracking on this island. Hydraulic Fracking uses from 4 to 8 million gallons of water per borehole. This is filled with approximately 40,000 gallons of a mixture of up to 600 chemicals including know carcinogens and toxins such as Uranium, Mercury, Radium and Formaldehyde. During the process some of these chemicals can, and in some cases do, leach out and contaminate nearby groundwater. Where will these contaminants go? 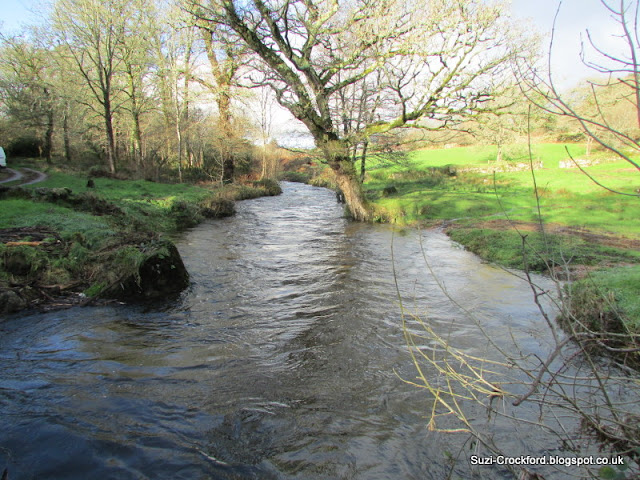 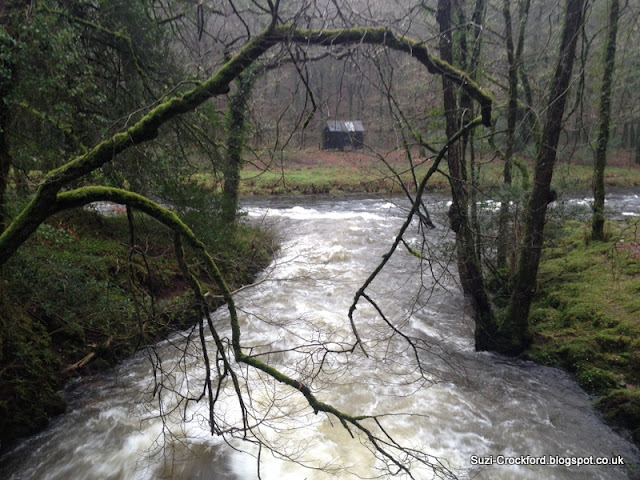 There have been over 1,000 cases of water pollution as a result of fracking in the US (not to mention air and land pollution and increased risk of earthquakes) and cases of sensory, respiratory and  neurological damage due to ingesting contaminated water (source www.dangersoffracking.com). These are some of the ways in which the human population are being affected by fracking. If you're still reading this then there's every chance that you know we are not the only ones here - but we are the ones with the power to change things.