A Gift - Not for Vegetarians. 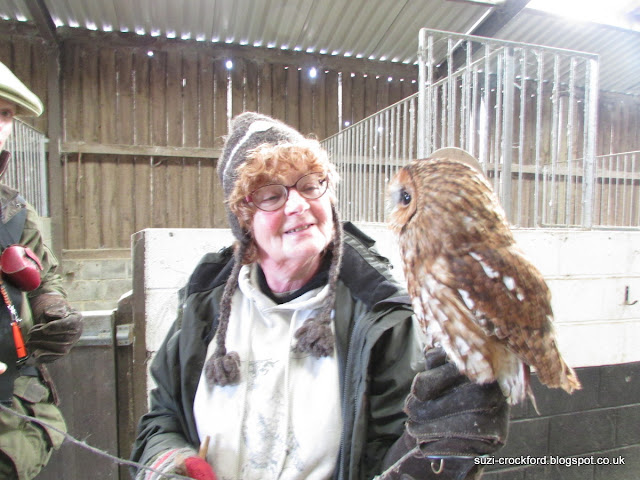 A day in the company of lovely women and magical birds, or even lovely birds and magical women. Thank you Elen Sentier (above with a Tawny Owl) for the gift and Danielle Earp (below) for being so generous with bird sharing. We were at Dartmoor Hawking, just down the road from here, with Martin Whitely who trains and flies the birds. 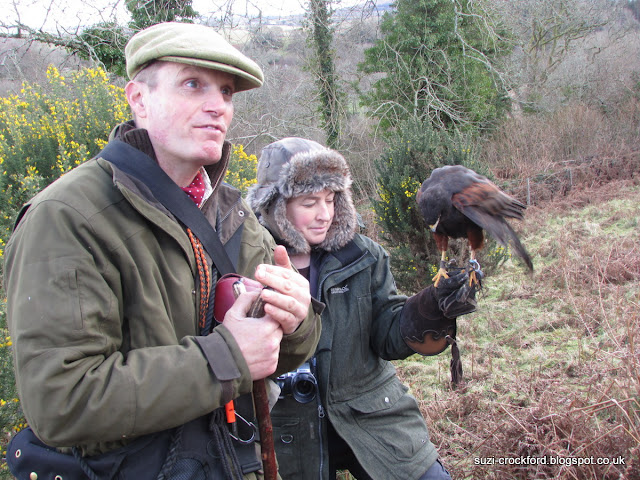 The Hawk above is Agravaine, He's an adult Harris Hawk. The Hawk below is Dave, he's also a Harris Hawk but a young one, hence the stripy feathers. He'll go brown over the coming months. Hawks trained for hawking are raised from a chick in captivity, they are imprinted on their keeper and seem to identify with humans generally as tribe and to like their company. These hawks also include Martin's three dogs in this notion of tribe, as the dogs do them. Enormous pointers bound up to small but potentially vicious birds and snuffle at them in a friendly, waggy sort of a way and leave unscarred. It was incredibly beautiful spending a day with three such disparate species all co-operating happily together. Well, sort of co-operating... 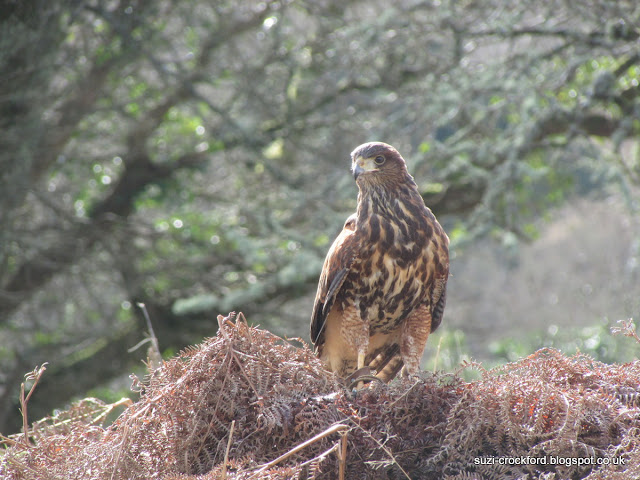 I happened to mention to Dave that whilst I like Rabbit well enough I really, really like Duck. So dear Dave went after one for me and accidentally fell in the water. Hawks are not designed for swimming. 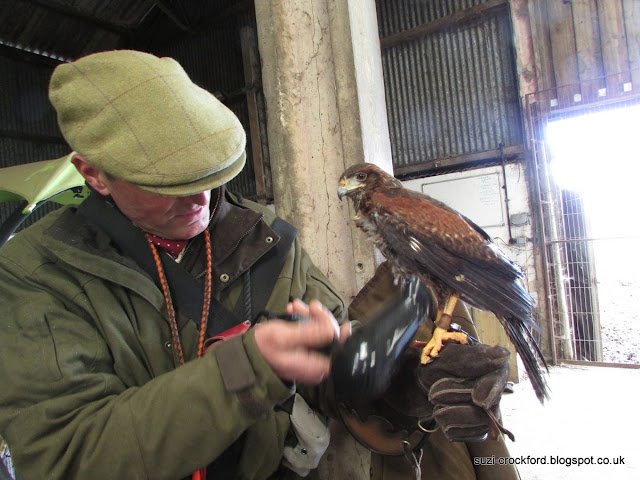 When Martin fished him off his soggy perch on a stone by the side of the river he was shivering and miserable. As we started for home it began to snow and he shivered and shook even more, so I opened my jacket and sheltered him inside it, in the warmth of me. He put his head down and snuggled in and I distinctly heard him say that he liked me. I like him too. In fact he's the nicest (only) Hawk I've ever really met. Apparently Elen and Danielle spent much of the day poking each other and laughing at me as I gazed at Dave in blatant adoration. I didn't even notice. 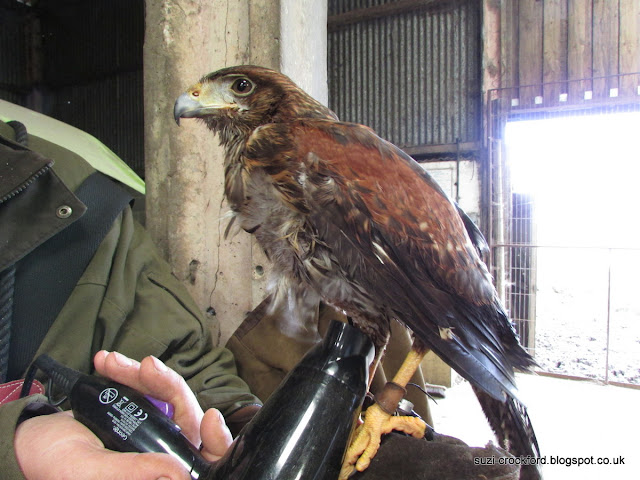 When we got back to the barn he was blow dried. I missed the photo where his entire expression clearly said 'I luurve being blow dried'. Who wouldn't; when you've fallen in the water on a snowy March day on Dartmoor and you can't change your clothes!

The rest of the day unfolded in similar vein. Dave saw plenty of Rabbits, he definitely looked straight at them and seemed to say to himself "oh look, there's a rabbit. How dull." Eventually the dogs decided that this was too frustrating for words and killed one themselves. Even when the rabbit was put directly under Dave's beak he couldn't find it interesting. It was incredibly funny for me, but I suspect supremely frustrating for Martin who is trying to train young Dave to be the hunter he was born to be but clearly doesn't need to be as he is fed bits of chicken by passing women who want him to sit on their wrist.

Rabbit for dinner was delicious, gratitude for all that was in the pot.