A Little Bird Told Me

A little bird came to my windowsill and sat and sang so sweetly I was held captive by the sound, hardly daring to breathe lest the story-song be interrupted. Strangely such sweetness turned out to be a tale that the robin considered to be The Tragic Epic of how the day was going for him and his feathered compatriots. 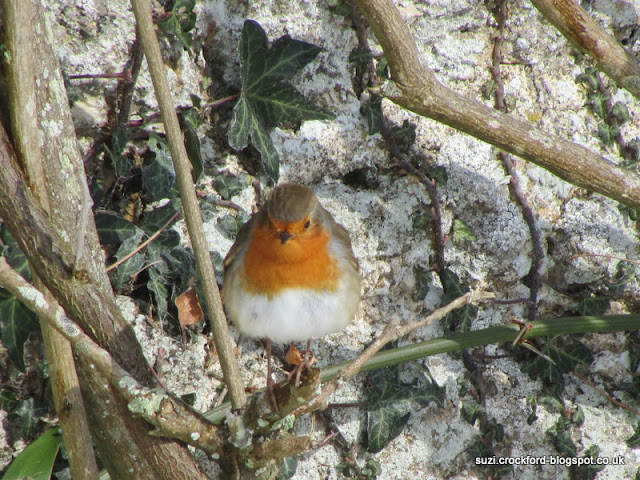 His complaint was about the Sudden Return of the previously banished Great, Silent, White. 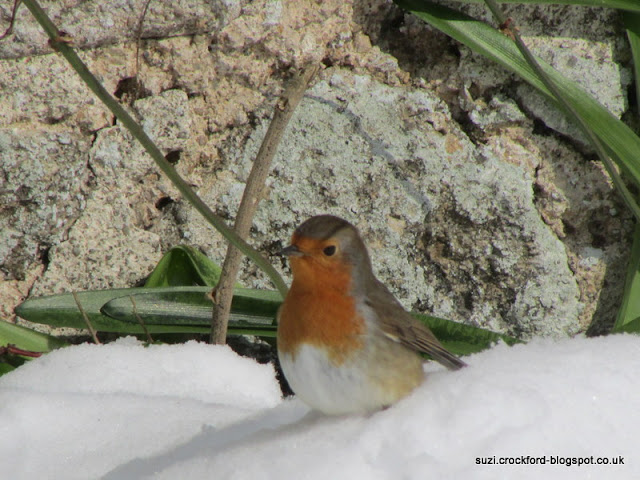 He told me that it had covered all the Good Things to Eat, even the ones in the garden where noisy, galumphing humans put out tasty tit-bits for birds. 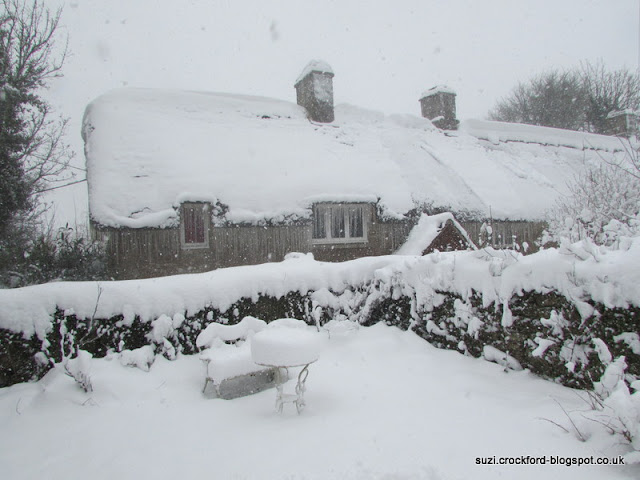 It had covered everything as far as eye could see and wing could fly. 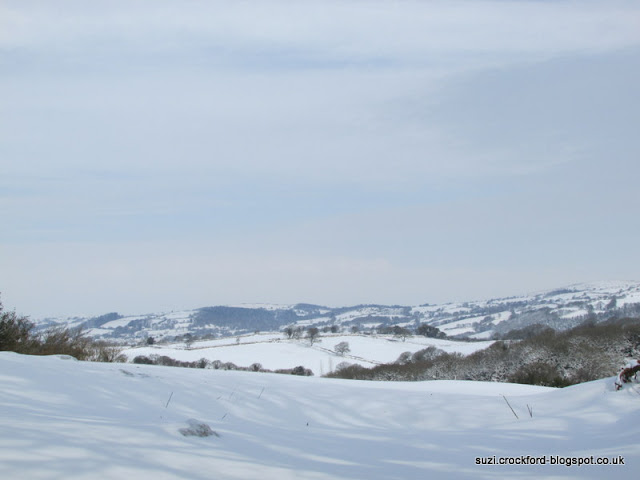 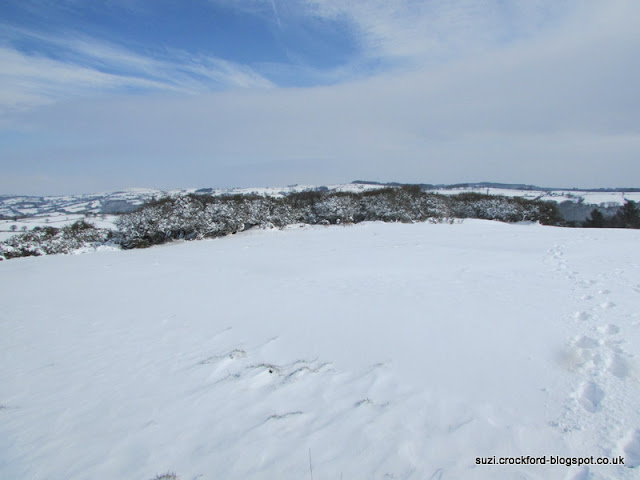 But if I wouldn't mind please scattering some more seeds for him and his feathered friends, he'd be most grateful. 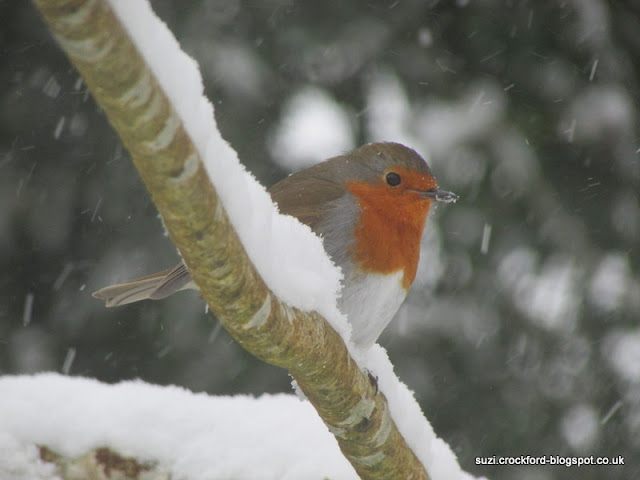 "Soon as you like - it's cold out here and the cold white sky keeps falling!" 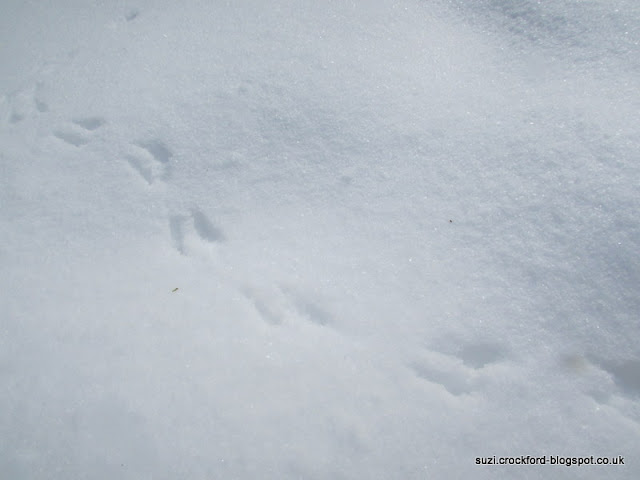 So, having fed the birds, once again our tiny band of intrepid explorers went to see what there was to be seen. 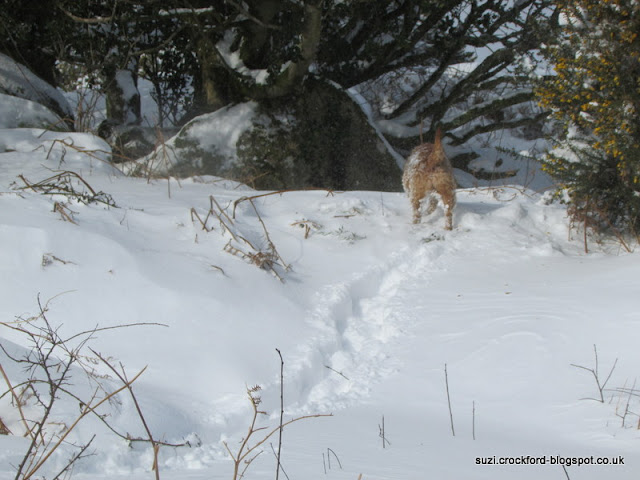 A endeavour that proved slightly harder than usual 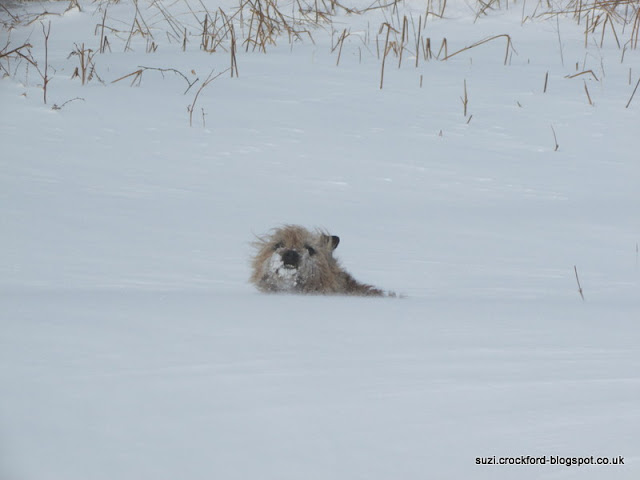 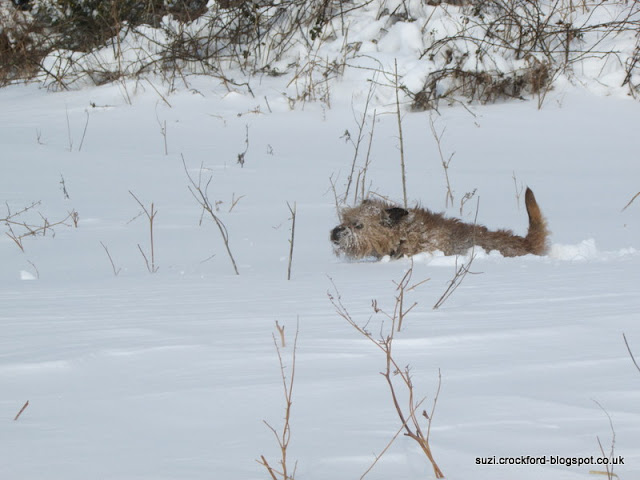 Those of us with longer legs had an easier time of it. 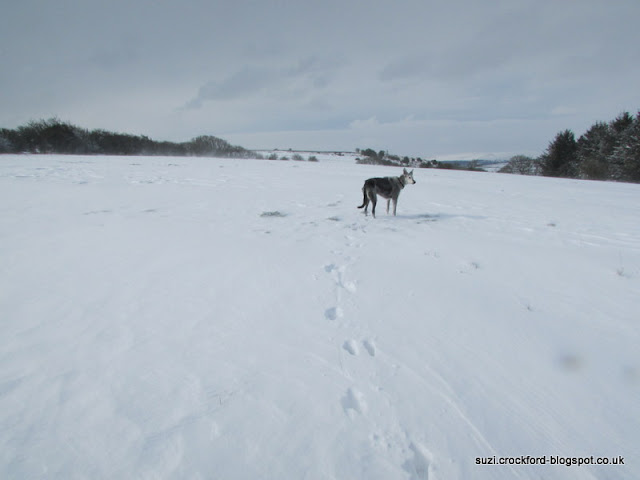 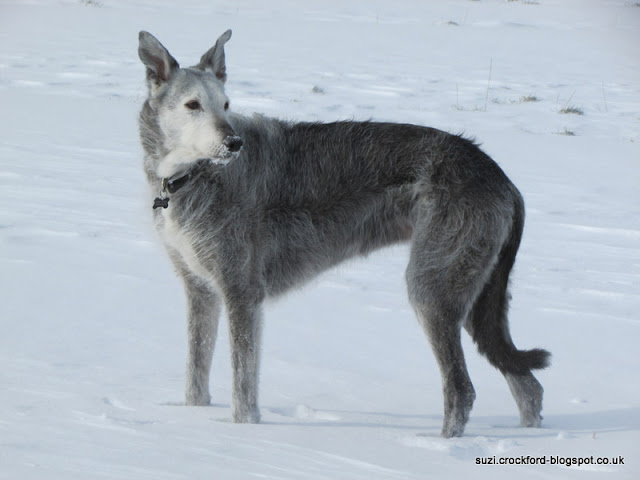 It was indeed white as far as the eye could see. 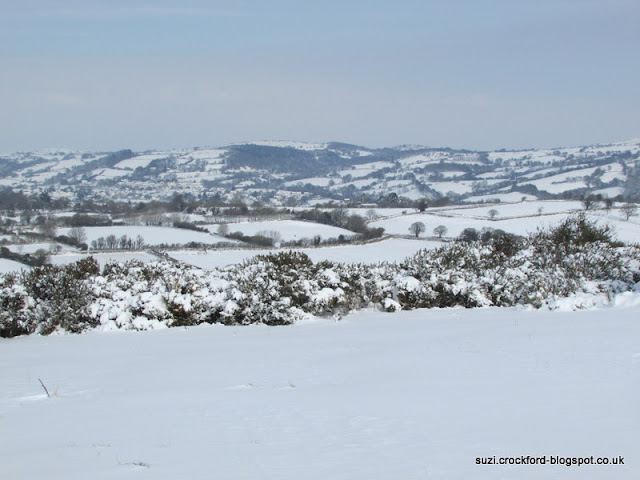 Even the high  moor, where the snow is often blown off by the wind before it can really settle, was white. 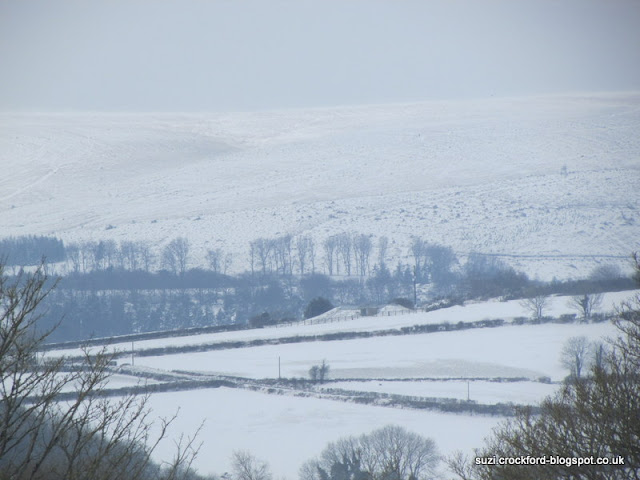 There were flurries of arcticly bitter wind sending swirls of snow into our faces, covering our tracks and causing anything that could flap to make patterns on the sparkling ground. 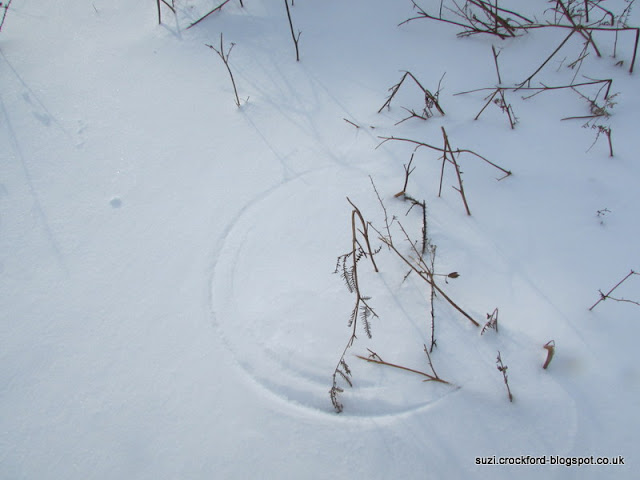 In the little dips where the wind doesn't often reach, the trees were still piled high with nature's version of royal icing. So much healthier for waistline and teeth! 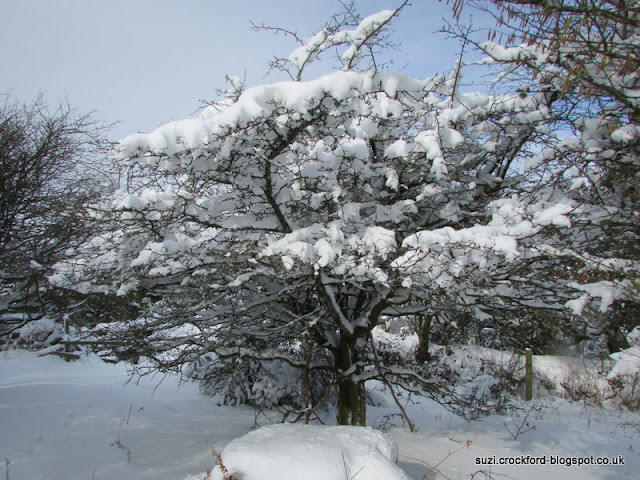 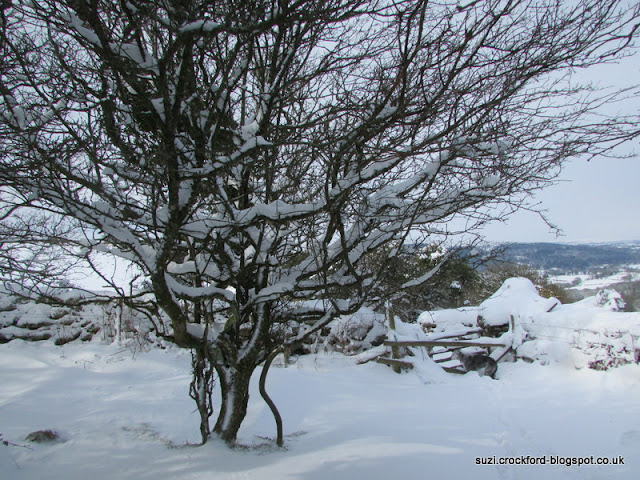 Where the wind was at it's most toothsome the snow had been shimmied and shaken into ripples, 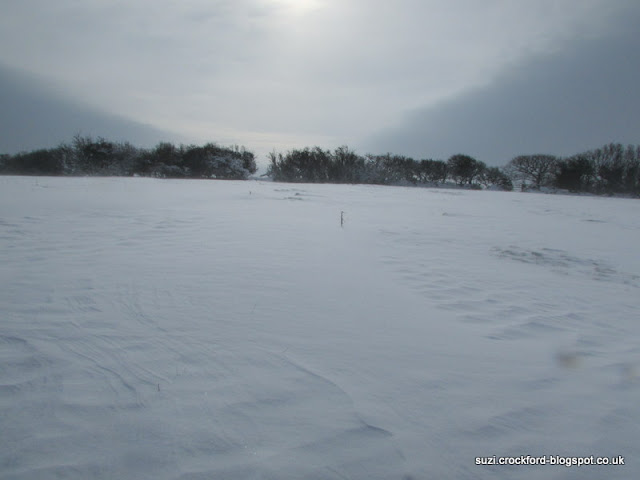 grabbed from the tops of anything and everything, 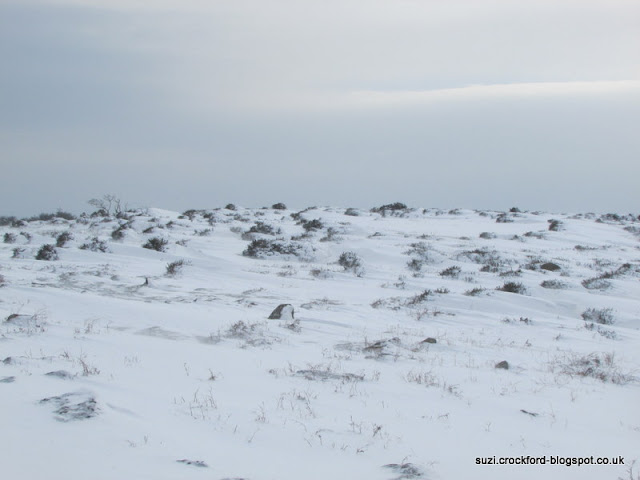 and thrown in hard against the walls. 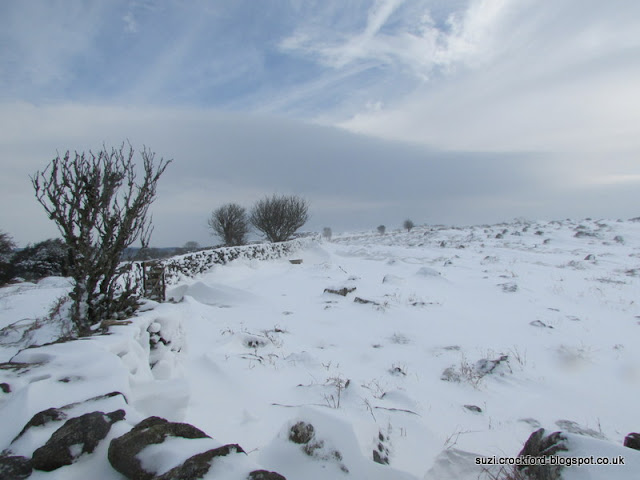 We climbed to the very top of the hill 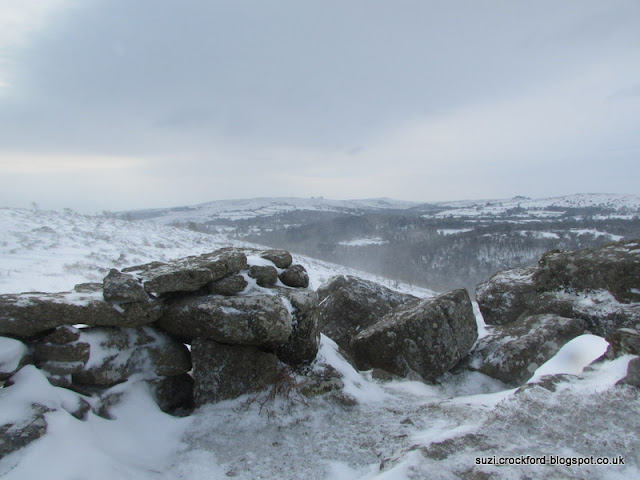 We surveyed the scene 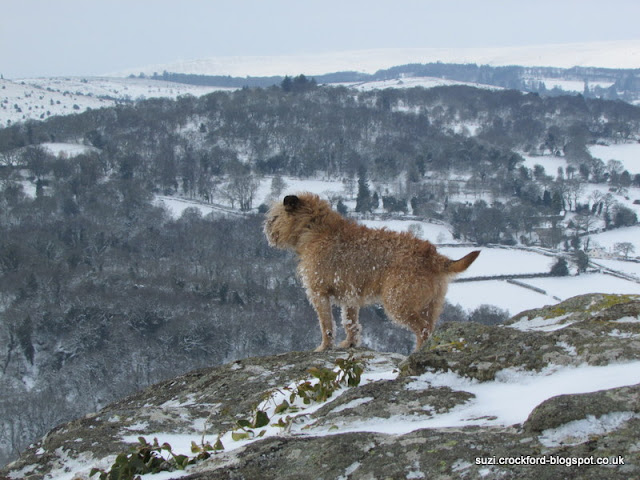 and then, quite frankly, scuttled back home again to the warm. 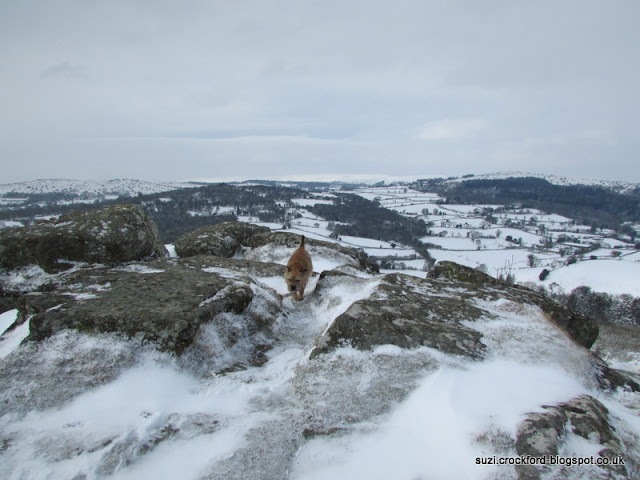 Making sure to feed everyone who's food had disappeared before we shut the door. 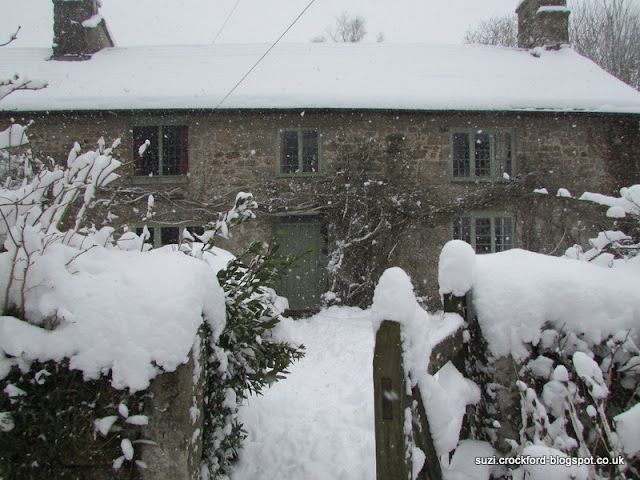 If it's snowy where you are - please remember to put something out for the little feathered ones. Who knows when you might need to know what only a little bird can tell you.