I have to start this post with huge apologies:  If you are one of the lovely people who has been coming here looking for a new post for the last two weeks... I'm so sorry, my computer broke, I had it fixed and it broke again!  This new post is part of the extravaganza of delights I had hoped to present you with between when it was mended and when it broke again but it has been truncated by the loss of access to all my photos!  Boo-hoo. So, this rather smaller affair is my offering for you on this lovely wild and windy day - hopefully I'll be back to a more regular spot by next week.


Summer has been skipping down the lane, her pockets full of promises and her green hair flying on the breeze.  Now the green is turning golden, the evening shadows are lengthening and the promises are ripening to fruit. 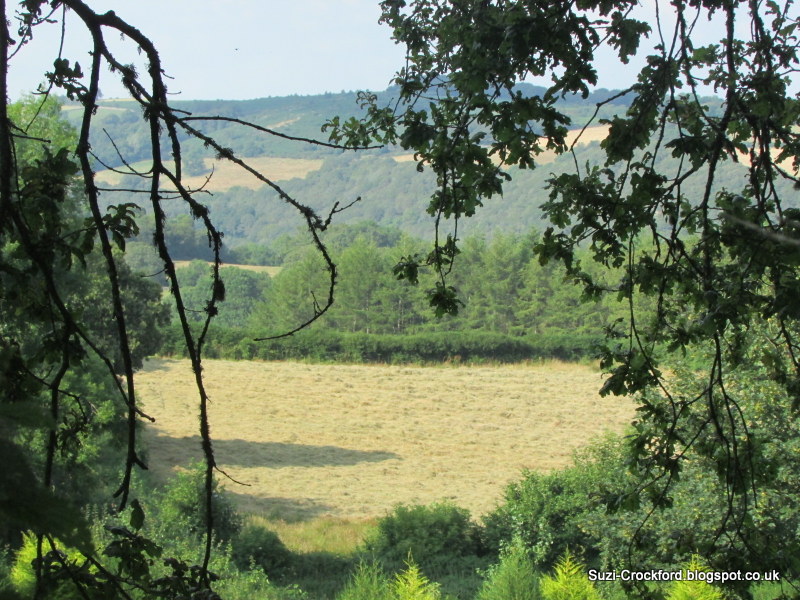 I ate my first blackberry of the year yesterday, it kissed my tongue with the flavours of rich earth and bountiful hedge and a good summer stored in a small potent berry; not too much rain so the flavour is intense but enough to make the berry plump and juicy.  The pretty pink flowers that portend blackberries are one of my favourite promises, 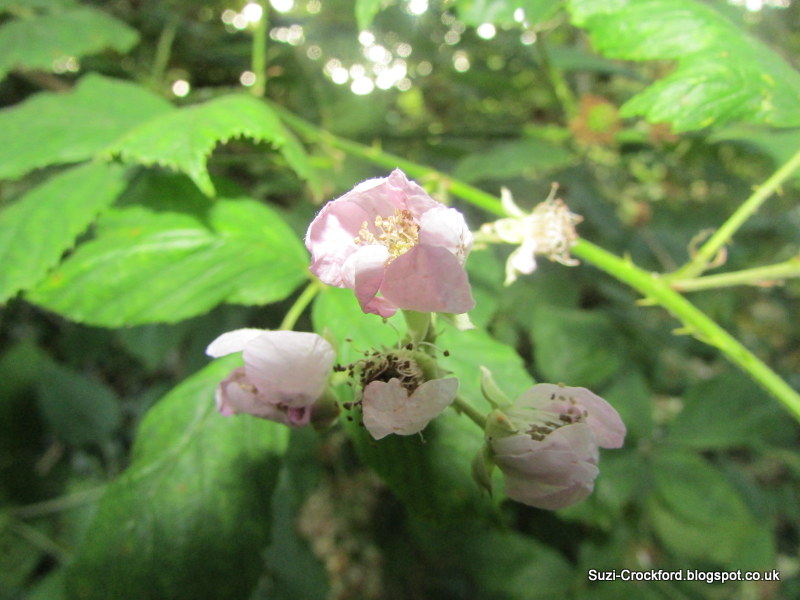 along with hazelnuts secretly ripening under strong green hazel leaves.  Each year I fondly imagine that I might harvest baskets-full of these, they are so plentiful at this time of year. But the Squirrels eat most of them before they are ripe and leave us only a handful. 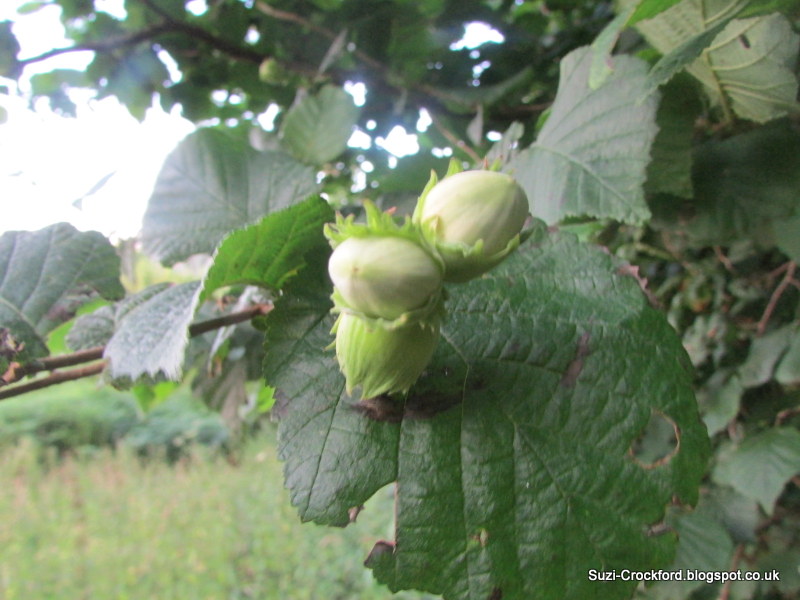 We fare better with the apples and do get baskets-full of these, but ours are very late so all the first blackberries must be eaten fresh from the hedge or turned into wine or crumble or compote or.....  All the while I hold my breath for the apples, because my favorite place to put a blackberry is tucked up with an apple in Bramble Jelly. Yum. 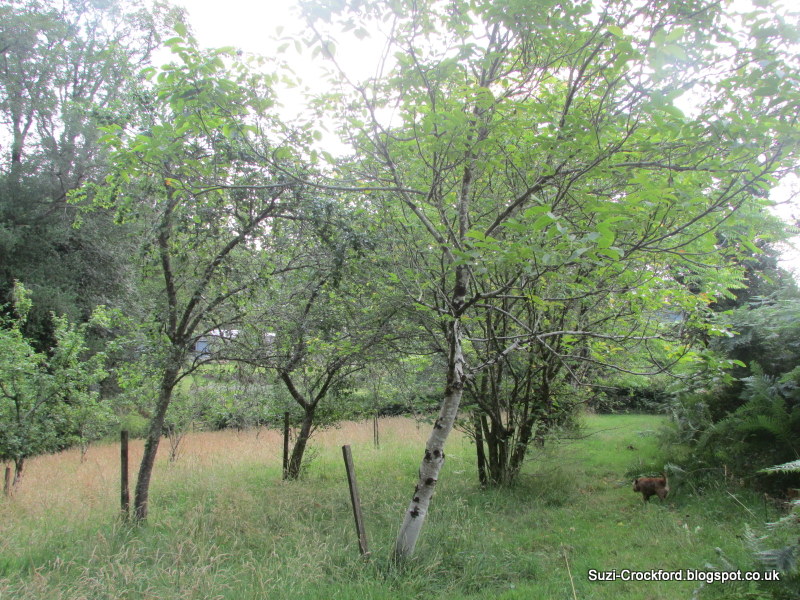 While I wait, I walk.  I visit a secret place, past an Oak by a stream where no-one plays any more. 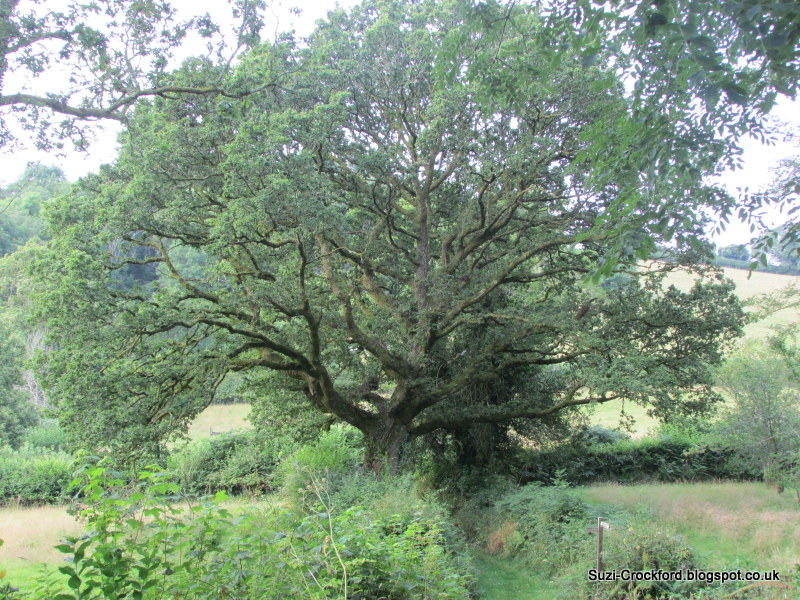 I cross the threshold of a blazing August day into the deep shadow of a woodland. 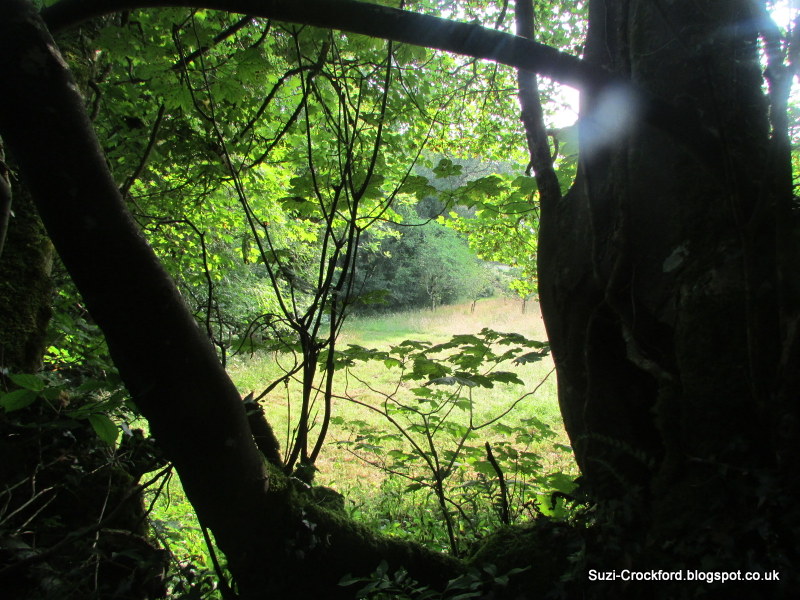 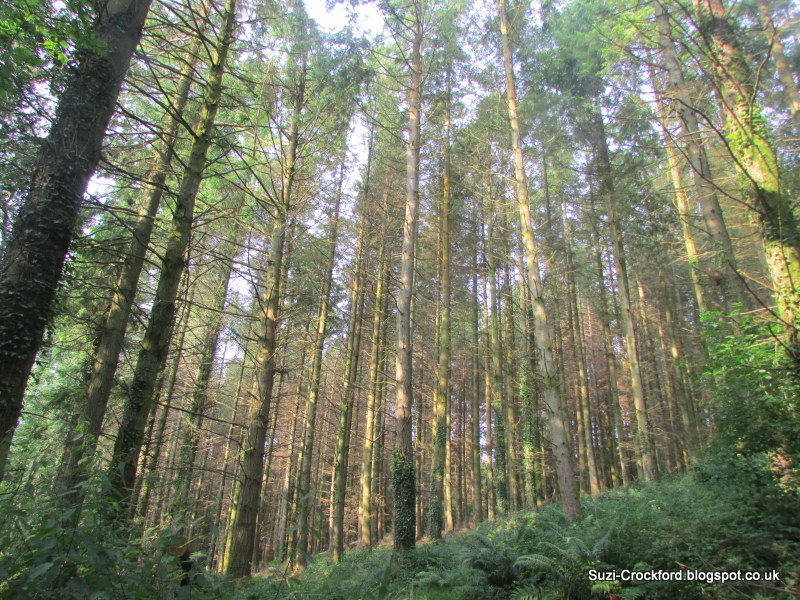 This is not the sort of place I might usually be drawn to - being a plantation - I prefer my woodlands native, mixed and deciduous - but deep among the trees, hidden to any who simply keep to the path and after many twists and turns in the deer trods I follow, I am in the company of The Guardian Spirits of the very ancient piece of woodland that was here before this plantation was a twinkle in the seed pods of it's Great-Grandparents fir-cones.


There are pictures of others that I would love to post here, but sadly I don't have access to them at the moment. The feeling of ancient power that emanates from these venerable remains is quite extraordinary.  From the woodland towards home I walk through a very overgrown area of rough land.  Once upon a time it was a small field in a clearing but it is no longer recognisable as 'field'. I've tried on numerous occasions to capture it's wild tangle but all you really see is a wall of green.  It's entirely possible that it's only me and the foxes on their way to their den on the edge of the plantation that pass this way, the path is getting narrower and narrower.  I'm spat out - generally covered in cleavers and bits of bramble and twig, then up the green lane (of which you have seen many photos already) and up our lane, past the harbingers of the changing seasons 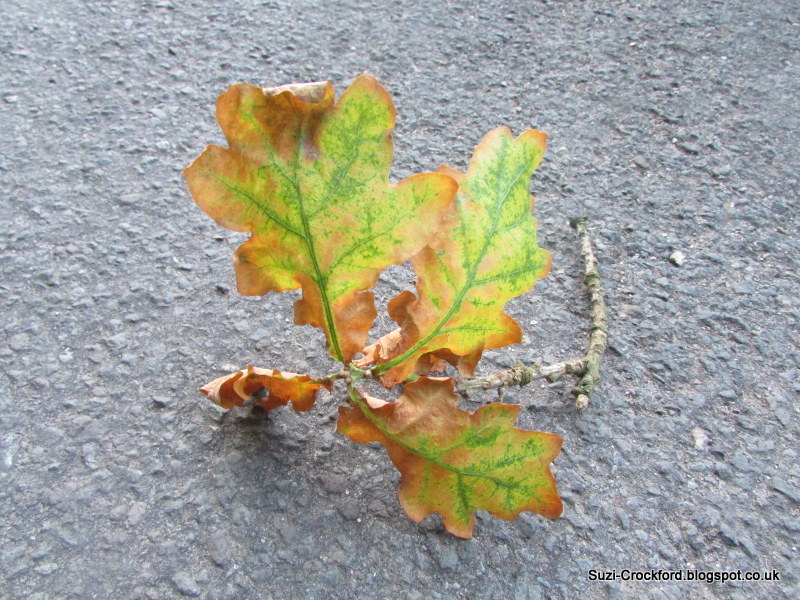 to the beautiful sight of these Peacock butterflies, there were six of them in the garden this afternoon.
As you know I am a passionate fan of the wonders of the nettle plant and Peacock butterflies are in some ways another of nettle's magics.  They lay their eggs on the underside of  nettle leaves. Apparently nettles that have been cut earlier in the year are preferred, so you get the double blessing of nettle soup and beautiful butterflies if you harvest your nettles rather than attempting to win the never-ending battle for dominion over their territory. 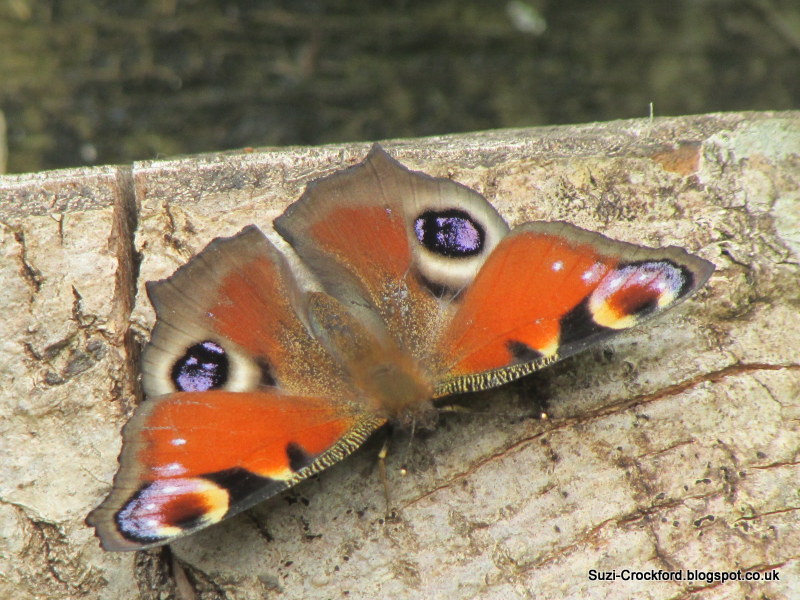 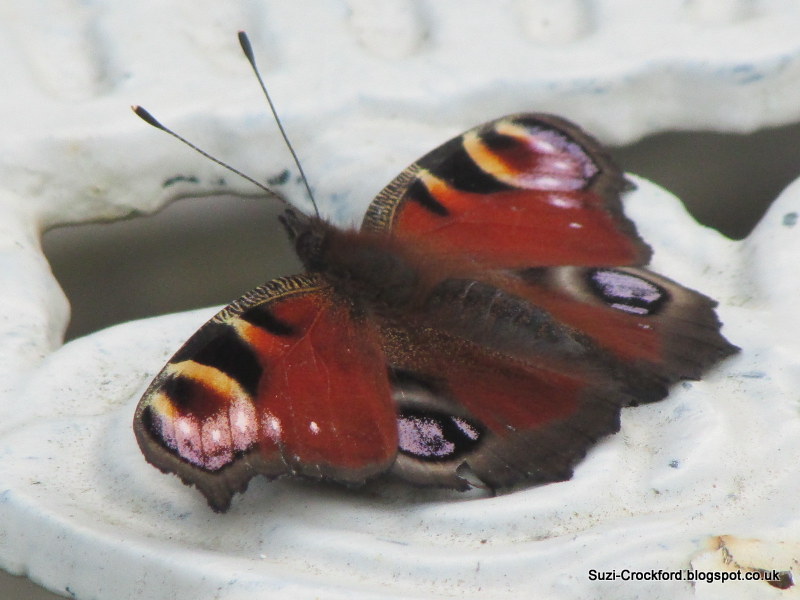 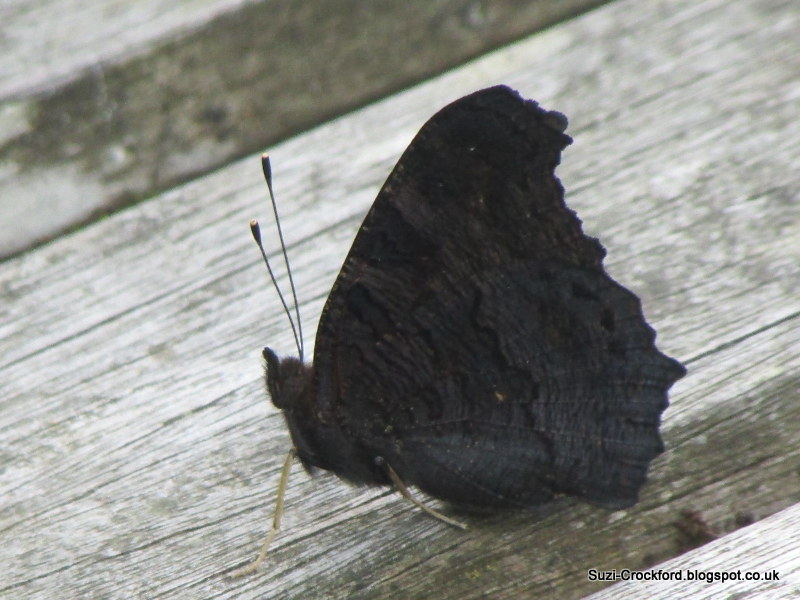